In 1957, Frank Kameny accepted a job as a US government astronomer with the Army Map Service, but he was fired just months later because of his homosexuality. 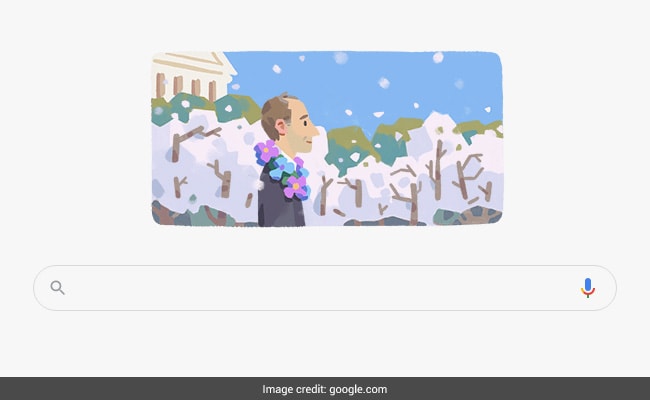 Frank Kameny is widely recognised for his work as a gay rights pioneer.


Google Doodle today celebrates American gay rights activist Frank Kameny, widely recognised as one of the most prominent figures of the US LGBTQ rights movement, in celebration of Pride Month.

Franklin Edward Kameny born in Queens, New York, in 1925, was an American astronomer, veteran, and gay rights activist. He enrolled at Queens College to study physics at a young age of 15.

He served in the Army throughout World War II in Europe. After leaving the Army, he returned to Queens College and graduated with a baccalaureate in physics in 1948.

Later Frank Kameny obtained a doctorate in astronomy from the Harvard University. He graduated with both a master’s degree (1949) and doctorate (1956) in astronomy. His doctoral thesis was entitled — A Photoelectric Study of Some RV Tauri and Yellow Semiregular Variables. He taught at the Georgetown University’s Astronomy Department for a year.

In 1957, Frank Kameny accepted a job as a US government astronomer with the Army Map Service, but he was fired just months later because of his homosexuality.

In early ’70s, he successfully challenged the American Psychiatric Association’s classification of homosexuality as a mental disorder, and in 1975, the Civil Service Commission finally reversed its ban on LGBTQ employees.

In 1971, Kameny became the first openly gay candidate for the US Congress when he ran in the District of Columbia’s first election for a non-voting Congressional delegate.

After his defeat Frank Kameny and his campaign organization created the Gay and Lesbian Alliance of Washington, DC, an organization which continues to lobby government and press the case for equal rights.

Kameny was widely recognized for his work as a gay rights pioneer, in the last years of his life. In 2009, over 50 years after his dismissal, Frank Kameny received a formal apology from the US government. In June 2010, Washington D.C. named a stretch of 17th Street NW near Dupont Circle “Frank Kameny Way” in his honour.