“Also heavily influenced by the unibrow trend that Kajol rocked in Kuch Kuch Hota Hai,” Gul Panag hilariously wrote about her look in her post 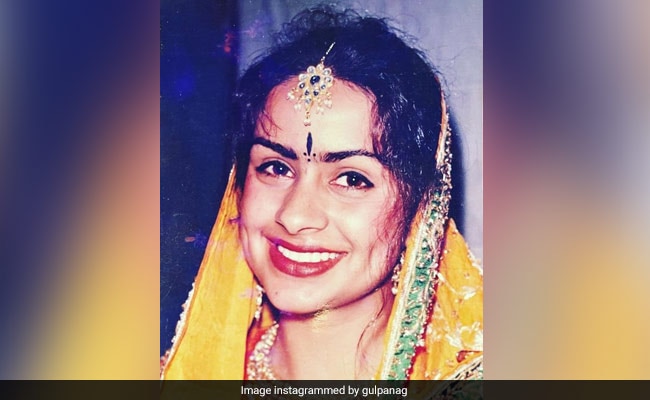 Gul Panag, in her latest Instagram post, hilariously shared that she had started prepping for the Miss India 1999 pageant a year before, in 1998, but back then, she had “no sense of hair and make-up” (her words, not ours) and she was “heavily influenced by the unibrow trend.” Yes, it was popular at that time, courtesy actress Kajol. On Thursday, Gul Panag posted a throwback photo of herself from her “first beauty pageant” – Miss Patiala 1998. She didn’t win the pageant, for which she wore her cousin’s wedding lehenga. However, the next year, Gul Panag won the Miss India title and went on to represent in the Miss Universe pageant in the same year.

Reminiscing her “first beauty pageant,” Gul Panag began her post with these words: “Throwback to my first beauty pageant. Miss Patiala. Circa 1998. Which I didn’t win. I thought it might be good practise for the Miss India. It was held in a cinema hall. I think it was called Narain (left after Fuara Chowk, on the way to Leela Bhawan). I wore my cousin Simrit Kaur’s wedding lehenga (wonder why she indulged me, and why I wore it).”

Making ROFL remarks about her hair and make-up in the throwback photo, Gul Panag added: “Any way, no sense of hair and make-up, as you can see. Also heavily influenced by the unibrow trend that Kajol rocked in Kuch Kuch Hota Hai, which we bunked college to watch. In the same cinema hall. Well, I can say, I have come a long way. At least on the hair and makeup front.”

In her post, Gul Panag shared that she found the aforementioned picture of herself while she was “sitting her original education documents.”

A few years after winning the Miss India title, Gul Panag made her debut in Bollywood with the 2003 film Dhoop. She has featured in films like Dor, Jurm, Manorama Six Feet Under, Hello, Straight and Ab Tak Chhappan 2. She was last seen in the Anushka Sharma produced web-series Paatal Lok. She has also worked alongside Manoj Bajpayee in the web-series The Family Man.

Gul Panag is married to her longtime boyfriend Rishi Attari. The couple have a son named Nihal.