The Haryana administration announced rules that allow shops to open under certain conditions. 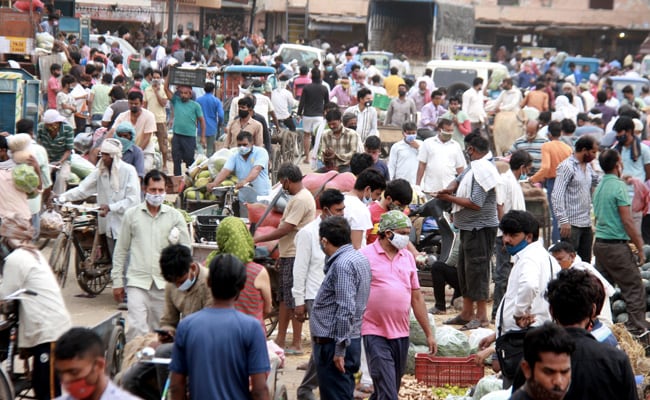 People at a market in Gurgaon during the lockdown. (PTI photo)


The Haryana government has extended the coronavirus lockdown – due to end on Monday – by another week while easing some restrictions – allowing stand-alone shops to open during the day and others to open on alternative days.

This is the fourth time that the state government has extended the lockdown amid the second wave sweeping the country. The lockdown was first announced on May 3.

“Stand-alone shops are allowed to open during the day when the night curfew Is not in operation,” the latest order said. The night curfew in the state begins at 6 pm and ends at 5 am.

“Shops other than stand-alone shops are allowed to Open from 7:00 am to 12 noon in two groups namely odd and even – shops with odd numbers on odd dates and shops with even numbers on even dates. Malls are not allowed to open,” it added.

The infection has killed 7,415 people till now in the state, according to official records, but the number is expected to be an underestimate since non-hospital deaths are rarely counted.

According to the bulletin, nine deaths each were reported from Gurgaon and Hisar, seven each from Ambala and Karnal and six each from Faridabad and Rewari districts.

The positivity rate – share of tests which come back positive – stands at 8.53 per cent.