ML Khattar in a televised briefing on Sunday was apparently referring to the Delhi government’s decision about a week ago to pause vaccination for the 18-44 age group. 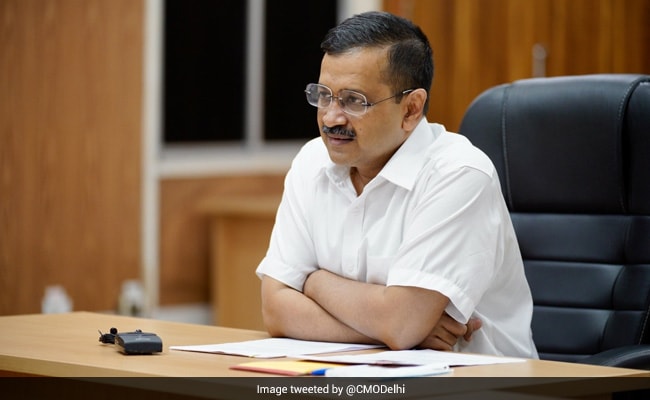 Arvind Kejriwal had appealed to PM earlier to increase Delhi’s share of vaccines.

Delhi Chief Minister Arvind Kejriwal, who has been red-flagging the shortage of vaccines in the national capital over the last few weeks, has been accused of “indulging into politics” by the BJP’s ML Khattar, his Haryana counterpart. “My goal is to save lives, not vaccines,” Mr Kejriwal tweeted today in a sharp response to ML Khattar.

Mr Khattar in a televised briefing on Sunday was apparently referring to the Delhi government’s decision about a week ago to pause vaccination for the 18-44 age group and temporarily shut vaccine centres.

“It was just drama when he said ‘all vaccine centres will be shut from tomorrow because we are not getting doses’. I believe Delhi’s share is much larger than other states.”

“Like other states, should we also finish all 2 lakh doses in a day? We use 50,000-60,000 doses a day. All this… Arvind Kejriwal should see. But his intention is to indulge in politics and he does that. Nobody should play politics during a pandemic,” the BJP leader further said, suggesting that Delhi was giving out vaccines “too fast”.

The video was shared by Mr Kejriwal along with a response. “Khattar Sahab. It is only with vaccines that we can save lives. More people will be safe once they’re vaccinated. My goal is not to save vaccines but to save lives,” the Delhi Chief Minister wrote in Hindi. The Chief Ministers of the two neighbouring states have sparred in the past over different issues.

About a week ago, Arvind Kejriwal had written to Prime Minister Narendra Modi on shortage of vaccines and said the national capital needs 80 lakh doses every month but it had, till that time, got only 16 lakh doses in May.

“For June, our share has been reduced further to eight lakh doses,” he said, stressing that it will take 30 months to vaccinate the entire city if it gets 8 lakh doses a month. Delhi had to temporarily halt vaccination for the 18-44 age group, the ruling party said.

BJP chief JP Nadda on Sunday also hit out at Delhi’s ruling Aam Aadmi Party without naming its chief, Mr Kejriwal, or the party. “These are the people who, in the name of vaccines, once broke India’s morale, Delhi’s morale,” he said in a video message.

India has thus far administered over 21 crore doses as part of the world’s largest vaccination drive. Amid criticism over slow pace of vaccination, the central government has said 12 crore doses will be available in June.