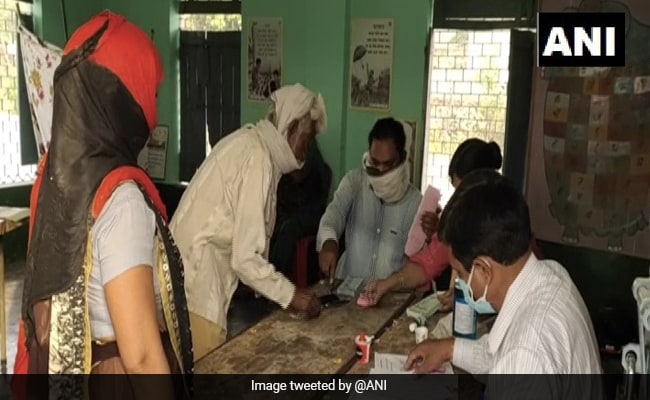 Polling for the four-phased rural polls in UP ended on Thursday. (File)

The Supreme Court today asked the state election commission in Uttar Pradesh to delay the counting for rural polls, which is to be held tomorrow.

Citing the frightening Covid spike in the state, the top court this morning asked the poll commission: “Despite the situation, you need to go ahead? Can you have it after two weeks so that the medical facilities can be improved?”

“You want to proceed despite all odds? Heavens will not fall if counting is deferred by three weeks,” the top court said in a sharp remark.

The UP Election Commission, however, told the court: “We have taken a decision to go ahead.”

“Teachers’ association has filed a petition, and they are unwilling to work. How do you handle the situation?” the court further asked, adding that a large number of teaches have died during the polling process.

At the beginning of the hearing, the state election commission had assured the top court that it will adhere to Covid protocol for the counting process. Oximeter tests will be done at the entrance of counting centres, no crowds will be allowed inside the counting centres and outside, centres will be sanitised after every shift, social distancing will be maintained and thermal checking will be done, it said.

Polling for the four-phased Panchayat elections in Uttar Pradesh ended on Thursday.

BSP chief Mayawati on Friday demanded that the state government provide financial support to dependents of employees who died due to coronavirus while on panchayat poll duty. “The government should provide proper financial help to dependent family members of all employees employees killed on poll duty and also give a government job to one of them,” she said in a tweet in Hindi.

Uttar Pradesh’s Covid caseload surge to 12.5 lakh with 34,372 cases reported in the last 24 hours. The state has the fourth highest number of cases in the country after Maharashtra, Kerala and Karnataka.

India’s Covid cases hit a grim world record this morning with over 4.01 lakh cases reported in the last 24 hours.

CoWIN Hacked Reports “Appear To Be Fake”, But Will Investigate: Centre