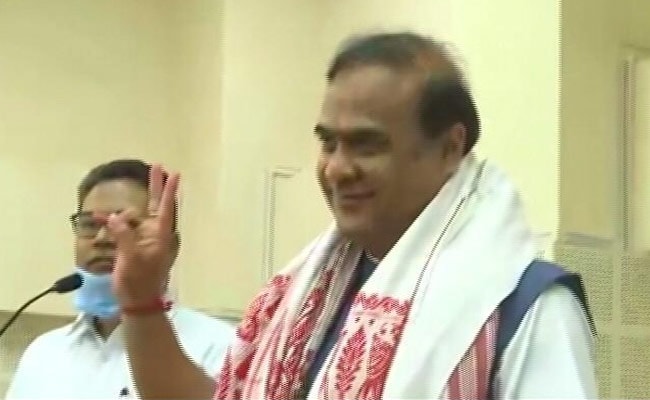 Himanta Biswa Sarma will succeed Sarbananda Sonowal as the Chief Minister of Assam.

The BJP won a second straight term in the recently concluded assembly polls in the state. The party won 60 seats in the 126-member Assam assembly while its alliance partners AGP got nine seats and UPPL six seats.

In the 2016 Assembly polls, the BJP had projected Mr Sonowal as its chief ministerial candidate and won, forming its first government in the northeast. This time, the party had maintained that it would decide who would be the next chief minister after the elections.

Mr Sarma, who switched to the BJP from the Congress six years ago, is credited as the architect who brought the northeast states within the party’s grasp. He also handled the health portfolio in the Sarbananda Sonowal government.

Himanta Biswa Sarma had quit the Congress government of Tarun Gogoi in 2015. He then promptly joined the BJP, becoming its key strategist for the northeast.

The next year, the BJP won a spectacular victory in assembly elections in Assam, sweeping aside the Tarun Gogoi government which ruled the state for three successive terms.

The Chief Minister’s post went to Sarbananda Sonowal — who was the sports minister in Prime Minister Narendra Modi’s government — and Mr Sarma was made the chief of convener of the North-East Democratic Alliance (NEDA), a BJP-led front of anti-Congress parties.

The next year the BJP formed government in Manipur despite winning fewer seats than the Congress.

Within the party, Mr Sarma was said to overshadow the Chief Minister.