India’s total coronavirus infections have exceeded 21 million, of which about 7 million were added since mid-April. 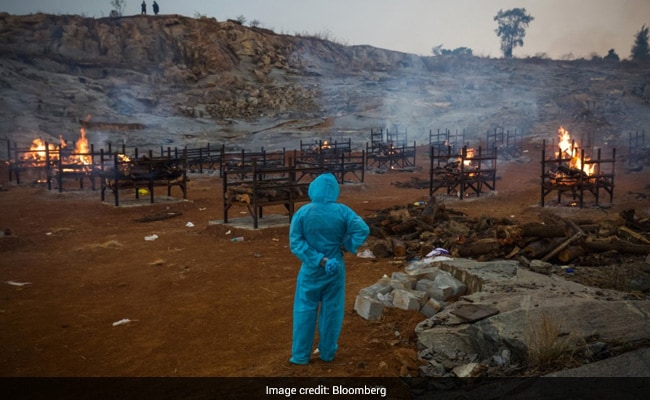 Experts have warned the crisis has the potential to worsen in the coming weeks.


About 8,300 miles east of Wall Street, on a stretch of Bangalore’s Outer Ring Road, sits what was once the heart of the global financial industry’s back office.

Before the pandemic, this cluster of glass-and-steel towers housed thousands of employees at firms like Goldman Sachs Group Inc. and UBS Group AG who played critical roles in everything from risk management to customer service and compliance.

Now the buildings are eerily empty. And with case counts soaring across Bangalore and much of India, work-from-home arrangements that have sustained Wall Street’s back-office operations for months are coming under intense strain. A growing number of employees are either sick or scrambling to find critical medical supplies such as oxygen for relatives or friends.

Standard Chartered Plc said last week that about 800 of its 20,000 staffers in India were infected. As many as 25% of employees in some teams at UBS are absent, said an executive at the firm who spoke on condition of anonymity for fear of losing his job. At Wells Fargo & Co.’s offices in Bangalore and Hyderabad, work on co-branded cards, balance transfers and reward programs is running behind schedule, an executive said.

While banks have so far avoided major disruptions by shifting tasks to other offshore hubs, India’s Covid crisis has exposed a little-discussed vulnerability for companies that have spent decades outsourcing functions to the country. India’s outbreak is intensifying even as vaccinations fuel economic recoveries in other parts of the world, heightening fears of a back-office bottleneck at a time when Wall Street firms have rarely been busier. 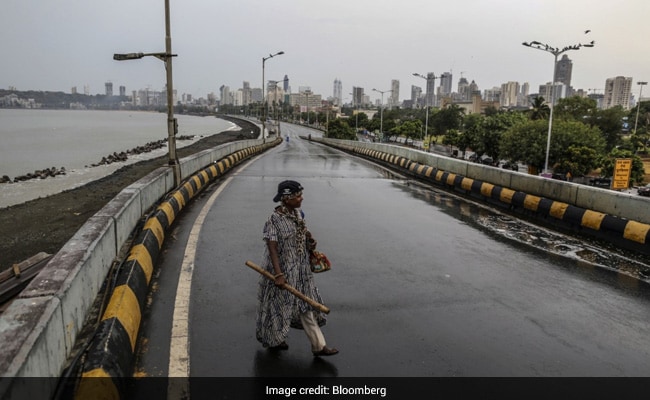 A pedestrian crosses an empty Marine Drive during a lockdown in Mumbai last year.

“This is not a local, India-only problem, this is a global crisis,” said D.D. Mishra, senior director analyst at researcher Gartner Inc. The current wave will be “significantly bigger” and organizations with India-based staff “will need to take action to plan for and mitigate if needed,” Mishra and his colleagues wrote in a note last week.

Nasscom, the key lobby group for India’s $194 billion outsourcing industry and its almost 5 million employees, has downplayed the threat to operations. But Mishra and fellow analysts at Gartner say they’re fielding a daily flood of calls from anxious global clients asking about the Covid-19 situation.

India’s total coronavirus infections have exceeded 21 million, of which about 7 million were added since mid-April. The state of Karnataka, whose capital is Bangalore, reported more than 50,000 new infections for the latest 24-hour period for the first time, almost half of them in the city.

Experts have warned the crisis has the potential to worsen in the coming weeks, with one model predicting as many as 1,018,879 deaths by the end of July, quadrupling from the current official count of 230,168. A model prepared by government advisers suggests the wave could peak in the coming days, but the group’s projections have been changing and were wrong last month.

In Bangalore, Delhi and Mumbai, the three main bases for the financial giants’ operations, infection rates have reached such alarming levels that local governments have ordered stringent restrictions on movement.

While the crisis has hit swathes of the nation’s $2.9 trillion economy, the latest wave has notably affected the twenty-something segment of the population that dominates outsourcing companies and is hard to replace. Most of them are English-speaking, technically-skilled workers.

For now, back-office units are marshaling part-time workers or asking employees to perform multiple roles and re-assigning staff to make up for those who are absent. They are scheduling overtime, deferring low-priority projects and conducting pandemic continuity planning exercises for multiple locations should the virus wave intensify.

A Wells Fargo employee said some work is getting transferred to the Philippines, where staff is working overnight shifts to pick up the slack. The San Francisco-based bank employs about 35,000 workers in India to help process car, home and personal loans, make collections, and assist customers who need to open, update or close their bank accounts. The company didn’t respond to a request for comment. 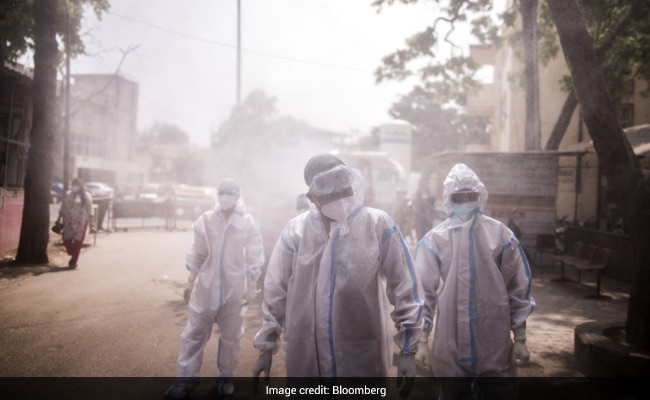 India’s total coronavirus infections have exceeded 21 million, of which about 7 million were added since mid-April.

An employee at UBS said that with many of the bank’s 8,000 staff in Mumbai, Pune and Hyderabad absent, work is being shipped to centers such as Poland. The Swiss bank’s workers in India handle trade settlement, transaction reporting, investment banking support and wealth management. Many of the tasks require same-day or next-day turnarounds. A UBS representative didn’t respond to a request for comment.

With uncertainty surrounding how soon the Indian government will contain the crisis, one executive who asked not to be identified likened the situation to flying blind without any idea how many employees will be affected from one week to the next.

“We are looking carefully at how we can rebalance loads,” Standard Chartered Chief Executive Officer Bill Winters said on an earnings call last week, noting that some work has been routed to Kuala Lumpur, Tianjin and Warsaw. “In any case, we think we are very well provided for.”

Barclays Plc CEO Jes Staley said some functions were shifted to the U.K. from India. Call volumes have increased and people are distressed, he said, adding that signs of pressure was something to watch for. The bank has 20,000 employees in India.

After asking their employees to work from home en masse last year, most of them have continued to operate at near 100% work-from-home levels. Natwest Group Plc’s workforce in Bangalore, Delhi and the southern city of Chennai — accounting for a fifth of its global total — is completely set up to work from home.

Similarly, thousands of Goldman employees are working from home, doing high-end business tasks such as risk modeling, accounting compliance and app building. A representative for the bank said workflows can be absorbed by the wider team if needed and there’s been no material impact so far.

Besides worrying about disruptions to operations, employee well-being and securing medical help are also taking up a lot of management bandwidth at every large outsourcing unit.

At a recent all-hands, virtual corporate strategy team meeting at Accenture Plc, for instance, the talk wasn’t about the usual pay-raises or promotions. Instead, worker after worker demanded flexibility, reduced workloads and no-meeting Fridays, an executive said, asking not to be named discussing internal company matter.

Their size has become a hindrance, one executive said, but it’s not clear where else they can go for talent and scale, he added.

“We are telling clients they need to relax service levels and reduce expectations for the coming few weeks,” said Mishra, the Gartner analyst. “This not a normal situation.”

Question From Anil Kapoor: How Did Jackie Shroff Make It Through...