Covid In China: China’s financial hub Shanghai — home to multinational firms and its busiest port — has been sealed off almost entirely for a week following an outbreak fuelled by the Omicron virus variant. 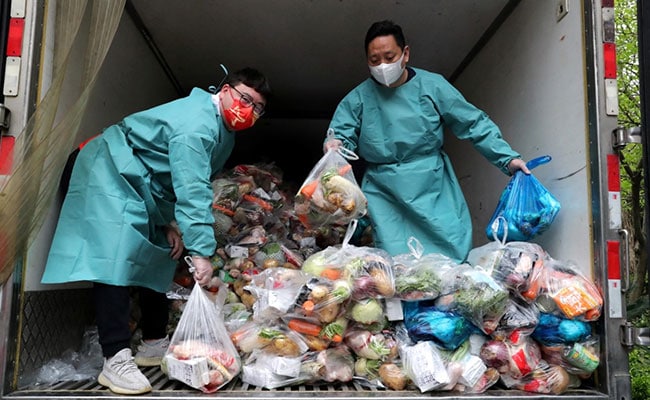 Covid In China: Shortages are starting to bite across China’s vast consumer economy.

Beijing has refused to tack away from its strict zero-Covid strategy that has protected its public health system through the pandemic but at a mounting economic cost.

China’s financial hub Shanghai — home to multinational firms and its busiest port — has been sealed off almost entirely for a week following an outbreak fuelled by the Omicron virus variant.

That has forced many companies to halt production and slow new projects, factories told AFP, while those still operating are struggling with a shortage of truck drivers on top of onerous permit and Covid testing requirements.

At Shanghai’s port, the lack of drivers and other workers means getting goods in and out is increasingly hard.

The docks are working normally with a “single-digit” number of vessels waiting to berth, Shanghai International Port Group said this week.

“But the fact is… due to restrictions caused for truck drivers, it is not really operating,” Bettina Schoen-Behanzin, vice president of the EU Chamber of Commerce’s Shanghai Chapter, told AFP.

“The figure I heard is that… week-on-week volumes at the Shanghai port are down by 40 percent. So that’s really enormous.”

Covid curbs in a number of cities have forced factories to find new suppliers.

But the impact may soon also be felt outside China if lockdowns persist.

Shanghai is the world’s number one container port, a spinal point in the global supply chain and a key gateway for foreign trade.

It handles around 17 percent of China’s total port volume and shipped 47 million TEU — the standard measurement for cargo, meaning Twenty-foot Equivalent Unit — in 2021.

Chinese manufacturers say lockdowns, no matter how flexible or targeted, pile pressure on their business.

“People can’t enter the factory… and because our raw materials come from other provinces or cities, these can’t enter Shanghai either,” he said.

A Shanghai-based clothing exporter surnamed Zheng said his biggest problem was that he could not send samples to clients.

“Deliveries can neither leave nor enter,” he said

Experts say the outbreak is currently nibbling at growth, but could soon take a big bite.

Nomura economists estimate that 23 cities accounting for 22 percent of China’s GDP have rolled out full or partial lockdowns.

“The costs of the zero-Covid strategy will rise significantly as its benefits decline, especially as exports are hit by the ongoing lockdowns,” Nomura chief China economist Lu Ting told AFP.

That will challenge Beijing’s 2022 GDP growth target of around 5.5 percent, he added.

For now, companies are adapting to try and handle the restrictions.

“Our main business activity is down by over 50 percent,” said Gao Yongkang, general manager of Qifeng Technology in eastern China’s Quanzhou city.

The company has been unable to transport textile materials to regular clients because of the Covid curbs, and has instead pivoted to supplying the booming market for protective gear.

Meanwhile, those who cannot reach their original suppliers are scouring for new ones.

“The costs are a little higher and it’s slightly less efficient but we can fulfil our regular needs,” said Shen Shengyuan, deputy general manager of diaper-producer New Yifa Group.

In a nod to struggling industries, Premier Li Keqiang this week announced a temporary deferment of old-age insurance premiums for sectors such as catering, retail and civil aviation.

But industry groups say hard lockdowns on major cities such as Shanghai are unsustainable, especially with many Omicron cases presenting light or no symptoms.

“Does the zero-Covid strategy still work in the current environment,” said Eric Zheng, American Chamber of Commerce president in Shanghai.

“That’s a big question, particularly when you try to balance the economic cost.”

Ebrahim Raisi Sworn In As Iran President Amid Tensions With West