“Anil, 18+ starts from May 1! How did they give it to you already?!” commented actor Rohit Roy 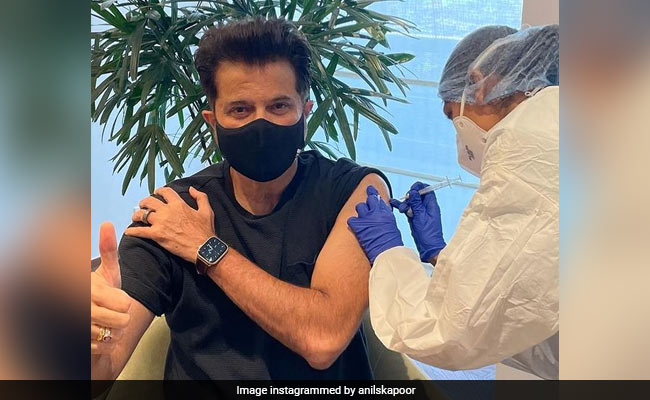 Anil Kapoor occupied a spot on the list of trends on Thursday after he received his second dose of COVID-19 vaccine shot. No, no, he is not trending for getting vaccinated but for all the comments that his son, actor Harshvardhan Kapoor, and other celebs left on his post hilariously questioning his eligibility for the vaccination because they think Anil Kapoor is still too “young” to get the COVID-19 vaccine shot only allowed for people above the age of 45 till now. For those who don’t know, the government, on Monday, announced that all adults above 18 years will be vaccinated in “an accelerated Phase 3 strategy of COVID-19 vaccination” starting May 1. Only those above 45 and health workers are eligible for the vaccination for now.

So, back to Anil Kapoor’s post. After the actor posted a picture of himself getting his second dose of the COVID-19 vaccine by a medical professional, his son Harshvardhan commented: “How? For below 45 years of age, you can only get shot post the first of May” with laughing icons. Filmmaker Rakeysh Omprakash Mehra, who worked with Anil Kapoor on Fanney Khan, also left an ROFL comment that read: “You would still be under 18 and below age.” A hilarious comment from actor Rohit Roy read: “Anil, 18+ starts from May 1! How did they give it to you already?!”

Anil Kapoor‘s reply to all these comments was quite epic. He wrote: “If they hadn’t seen my date of birth on my Aadhar card, they probably would have asked me to come back after the 1st of May.” Too cool, Anil Kapoor, too cool.

Take a look at the aforementioned comments here: 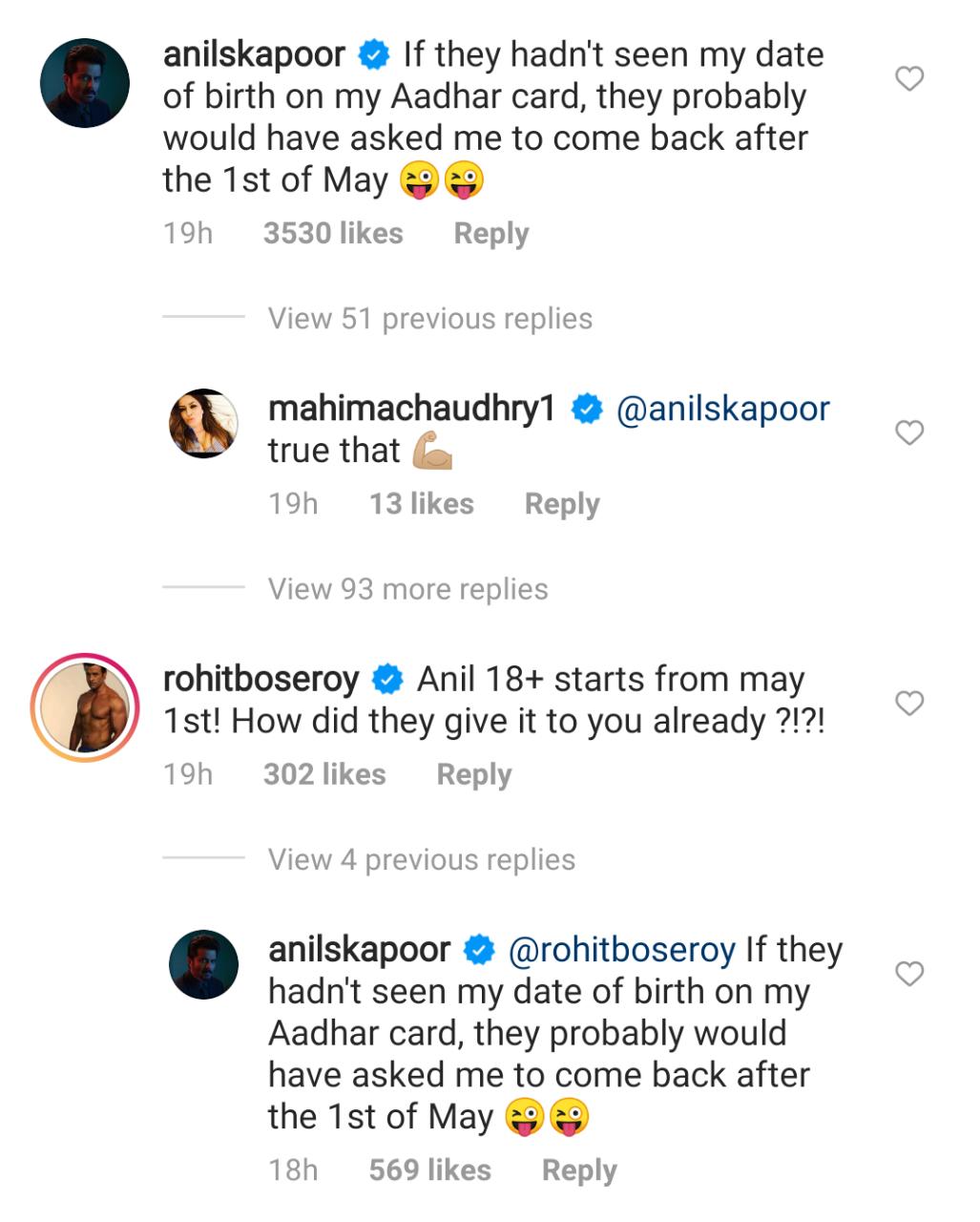 Screenshot of Rakeysh and Rohit Roy’s comments on Anil Kapoor’s post and the actor’s reply.

Several fans also asked ‘ageless’ Anil Kapoor how did he get the vaccine as he is still under 45 age group and called him “evergreen” and “young.” Take a look: 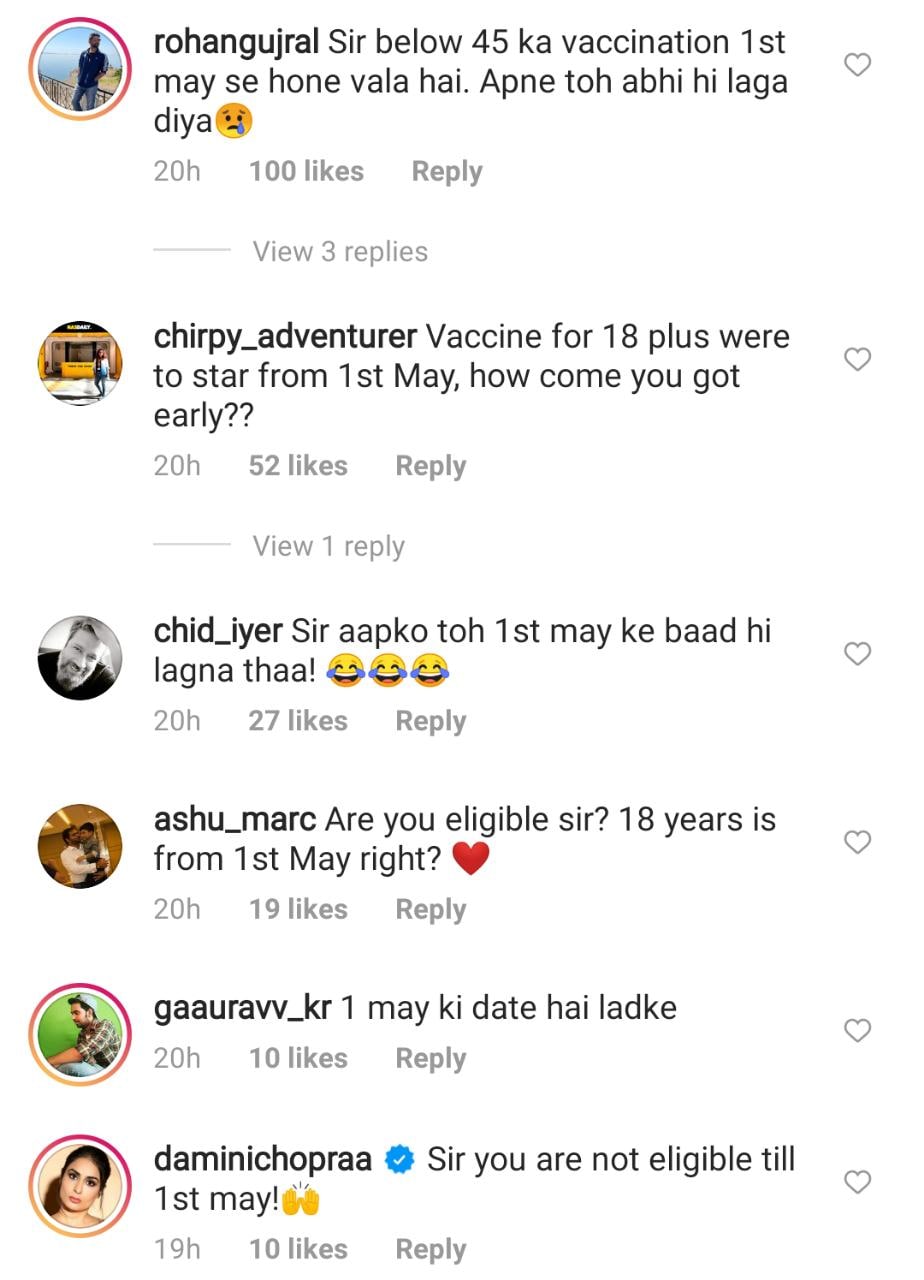 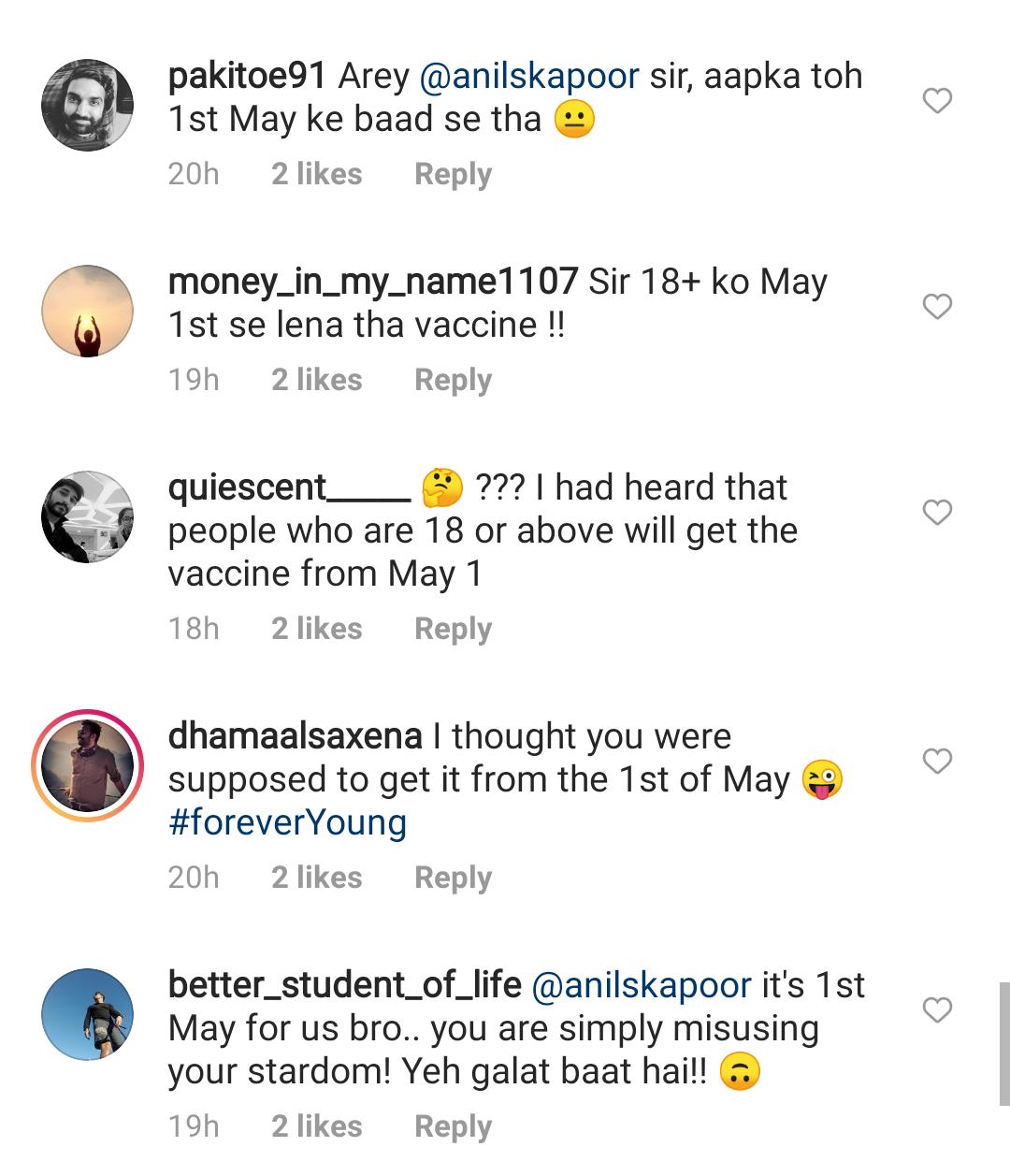 The first phase of COVID-19 vaccination drive started in January this year.