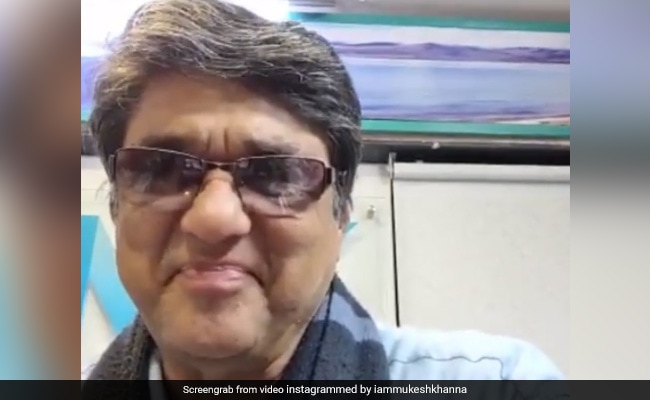 Mukesh Khanna in a still from the video.(Image courtesy: iammukeshkhanna)

TV actor Mukesh Khanna, who is known for his roles in shows like Shaktimaan and Mahabharat, on Tuesday quashed rumours about his death and stated that he is “perfectly alright.” The 62-year-old actor shared a video of himself to communicate with his fans on social media. In the video, Mukesh Khanna can be seen busting his death rumours. “I have come here to tell you that I am perfectly alright. I was asked to refute these rumours and that is what I want to do. I am perfectly alright and I have your blessings,” Mukesh said in the video. He further went on to extend gratitude to his fans for their concerns and also stated that he has been receiving a lot of phone calls due to the rumours of his death. “Thank you very much for the concern. I have been getting a lot of phone calls and that is why I felt like informing my fans that I am perfectly alright,” he added.

In the caption of his Facebook post, Mukesh Khanna refuted rumours of him being admitted in a hospital due to COVID-19. “With blessings of you all, I am healthy and safe. Neither I have COVID-19 nor was I admitted in any hospital.” He further went on to slam those who spread false rumours and called for putting an end to fake news.

Take a look at the actor’s video here:

Mukesh Khanna rose to fame with the late 1990s show Shaktimaan, in which he played the central role of the superhero Shaktimaan. He also appeared in BR Chopra’s mythological drama Mahabharat. He played the role of Bhishma Pitamah in Mahabharat.

Delhi Lockdown Extended By Another Week, Metro To Remain Shut