“Because when you imagine you make anything happen,” wrote Priyanka Chopra 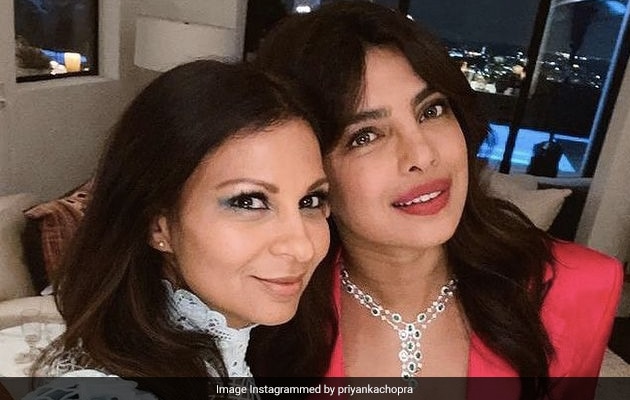 Priyanka Chopra shared the cutest wish for her longtime manager and tech investor Anjula Acharia. Priyanka, who has been staying in London for the last few months for the shooting of Citadel, shared a throwback from Los Angeles along with the birthday girl and it is simply stunning. Sharing the happy selfie on Instagram, Priyanka Chopra wrote in her caption: “Wishing this amazing girl the happiest of birthdays! I’m so sad I can’t be with you. Anj you are a force. We have done things together that even we couldn’t have imagined… I wish you so much joy love happiness but most of all the magic of imagination. Because when you imagine you make anything happen! Happy birthday darling and keep smiling.”

Priyanka Chopra, a former Miss World and a Bollywood star, is a woman of many hats. She is the first South Asian woman to headline the cast of an American television show and has featured in many Hollywood projects. Priyanka Chopra is a tech-investor and also counts as a UNICEF Goodwill Ambassador. She runs a hair care brand called Anomaly Haircare, is a film producer and she recently launched an Indian restaurant called Sona in New York. She was last seen in Netflix’s The White Tiger, which she also produced.