The Independent Panel for Pandemic Preparedness and Response found that bad decisions, dithering and poor coordination created a “toxic cocktail” which allowed Covid-19 go on to kill at least 3.3 million people so far and upend the global economy. 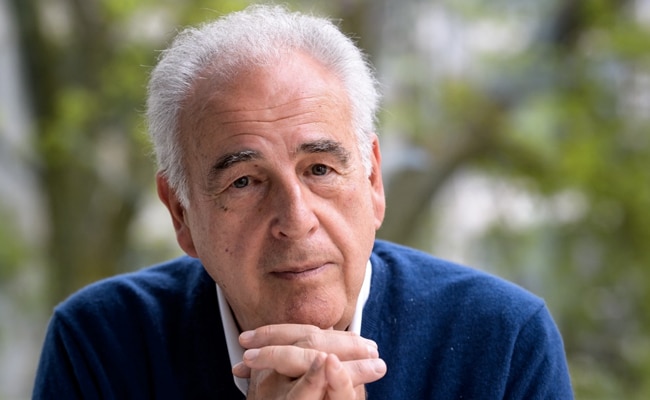 Michel Kazatchkine has called for immediate action and reforms.


One investigator behind Wednesday’s explosive report highlighting the mistakes that allowed Covid-19 to flourish told AFP that urgent reform was needed to withstand future pandemic threats.

The Independent Panel for Pandemic Preparedness and Response found that bad decisions, dithering and poor coordination created a “toxic cocktail” which allowed Covid-19 go on to kill at least 3.3 million people so far and upend the global economy.

Panel member Michel Kazatchkine, a French diplomat and former director of the Global Fund to Fight AIDS, Tuberculosis and Malaria, called for immediate action to ensure the world must never again face a “catastrophe” like the Covid-19 crisis.

What is the aim of your report?

“From the start, we agreed that this report should be very concrete and audacious… (with the aim) that no infection cluster with pandemic potential will become a pandemic, and no pandemic, if one were to happen, will ever again become a socioeconomic catastrophe of the kind we are living through.”

The report proposes significant reforms. Will the world listen?

“This has been a considerable shock. A health shock — this epidemic is far from over — and then there is the economic impact.

“Rich and poor countries alike have been affected. So if faced with these conditions, the world does not react and agree to cooperate to ensure that this never happens again, then what are they waiting for? In our report we say: If not now, then when?”

How did the World Health Organization’s alert system perform and how should it be reformed?

“WHO’s alert system is in a bit of disrepair… WHO can publish nothing without permission from the government in question.

“We propose that WHO be permitted to publish in real time all the information it has without waiting for permission from governments.

“The 194 UN member states must also allow WHO to go carry out investigations in countries where there are clusters of infection.

“In the future, there should be a political structure, a sort of permanent Security Council for big health crises. A crisis like this one teaches us that health is not just a health issue. It is also a social, economic and political issue.”

How can we better handle the current pandemic?

“First, countries must enforce social distancing measures at a level that their epidemiological situation requires, and that is not something most countries are currently doing.

“The second recommendation, which is sensitive, has to do with vaccine access. Rich countries have so far pre-bought 4.3 billion doses, even though they represent just 1.16 billion people… We are asking that, as soon as they have provided reasonable vaccine coverage to their population, they organise to donate a billion vaccine doses to poorer countries by September 2021.”

“Finally, we are asking the WTO (World Trade Organization) and the WHO to bring together all the vaccine-producing countries and companies to decide together on a global mechanism for voluntary licensing and technology transfer.

“If there is resistance to voluntary licensing, then we ask WTO to impose a patent waiver.”

Pi Day: History, Significance And Other Things You Need To Know