Now some are talking to their wealth managers about how to keep a hold of and consolidate their fortunes amid the global debris of the pandemic. Others are discussing how to preempt and navigate demands from governments, and the wider public, to pick up their share of the recovery costs. 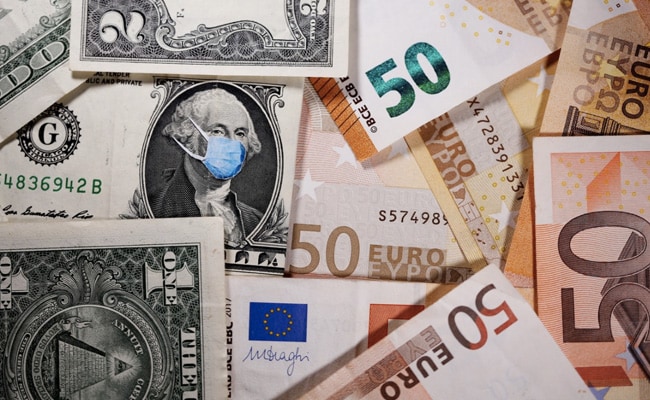 The billionaires saw their riches reach new heights in 2020.

In 2020, as the world convulsed under COVID-19 and the global economy faced its worst recession since World War II, billionaires saw their riches reach new heights.

Now some are talking to their wealth managers about how to keep a hold of and consolidate their fortunes amid the global debris of the pandemic. Others are discussing how to preempt and navigate demands from governments, and the wider public, to pick up their share of the recovery costs.

“The stock market crashed a year ago, by July or so my portfolio was back where it was before, at the beginning of the year, and now it’s far higher,” said Morris Pearl, a former managing director at BlackRock who chairs Patriotic Millionaires, a group that believes the high net worth should do more to close the wealth gap.

“The fundamental problem is this gross inequality that’s getting worse.”

The plans being discussed by the ultra-rich range from philanthropy, to shifting money and businesses into trust funds, and relocating to other countries or states with favourable tax regimes, according to Reuters interviews with seven millionaires and billionaires and more than 20 advisers to the wealthy.

“It’s quite evident that the bill is coming for everybody,” said Rob Weeber, CEO at Swiss wealth manager Tiedemann Constantia, who said some clients were also considering selling major assets like businesses before tax rates rise.

In the United States, the election of Joe Biden as president, and anticipated higher taxes for the rich, have in particular triggered a sharp increase in demand from clients to set up trusts, according to wealth managers.

This would allow them to pass along money to children or other relatives under the current $11.7 million tax-free threshold per person. During his campaign, Biden proposed to return to 2009 levels, when the exemption stood at $3.5 million.

“We saw a surge of trusts created and funded in Q4 of last year,” said Alvina Lo, chief wealth strategist at Wilmington Trust. “The vast majority of our clients adopted a wait-and-see approach until the election in November, and then it just kicked up into high gear.”

Nearly two-thirds of the world’s billionaire class amassed greater fortunes in 2020, according to Forbes, with the biggest gainers reaching unprecedented levels of wealth, helped by the trillions of dollars in recovery money from policymakers.

When asset prices tumbled, he said, many of the bank’s biggest private clients sold put options or opted for more complex trades known as risk reversals, helping them capitalise on their bet that prices would eventually rise.

“Some of our clients were extraordinarily agile in taking advantage of the biggest market dislocations,” Kunkel added.

Now, as governments globally grapple with ballooning debt and growing social unrest, billionaires know the spotlight on their wealth will get stronger, according to the interviews.

Many of the wealthy are mindful of looming demands from tax authorities, and are speeding up plans to pour money into trust funds for their children.

Wealth strategist Jason Cain said many ultra-rich families had also sought to move other assets including businesses into trust funds, capitalising on the “unique” situation presented by the pandemic of low interest rates and depressed valuations to make potentially windfall tax savings in years to come.

Inquiries in such strategies tripled during the first seven to eight months of the pandemic, according to Cain, who works for U.S.-based wealth advisory Boston Private.

“75-80% of the families that we talk to were convinced that that was an opportunistic time and they needed to do something.”

The Hampton, Or Singapore?

Others across the globe are also taking more drastic action, by relocating to countries and areas where the tax regimes and societies are more benign for the mega-rich.

“They are actually saying: look, we see the world inevitably going towards more and more transparency. And there’s no point fighting a trend,” said Babak Dastmaltschi, Credit Suisse’s head of strategic clients in its international wealth management division.

“Let’s just find suitable jurisdictions which are transparent, open, respected, and internationally recognised, and establish our structures there,” he added, citing Switzerland, Luxembourg and Singapore as popular targets.

Henley & Partners, a global citizenship and residence advisory firm based in London, said inquiries from high-net-worth individuals seeking to relocate had jumped during the pandemic. The number of calls from U.S.-based clients surged 206% in 2020 from the prior year, for example, while calls from Brazil rose 156%.

For many in emerging countries, fears that strains on public services could lead to civil unrest have prompted younger generations of wealthy families particularly to seek opportunities abroad.

“COVID just basically took the clothes off the Emperor, and all of a sudden, people started to realize: our healthcare system is not strong, our social safety net is really not available,” said Beatriz Sanchez, head of Latin America at global wealth manager Julius Baer.

Cindy Ostranger, tax director at Clarfeld Citizens Private Wealth, said she also saw many ultra-wealthy clients moving out of New York City into their vacation getaways in the likes of the Hamptons, initially to escape the worst of the pandemic, and subsequently staying to pay lower taxes.

As countries continue to grapple with the pandemic’s fallout, economists point to a larger looming issue: the decoupling of extreme wealth from overall economic prosperity.

By early March, the wealth of U.S. billionaires had risen $1.3 trillion, or by nearly a half, since the start of the pandemic, according to research conducted by the Institute for Policy Studies and Americans for Tax Fairness.

That brings their wealth to $4.2 trillion, roughly a fifth of U.S. economic output for 2020 and double the total wealth held by the bottom-half of the 330 million population.

“We’re at a moment, you might say, after four years of celebrating inequality, people are saying that wasn’t exactly the right answer,” said Nobel Laureate and Columbia University economist Joseph Stiglitz, referring to the U.S. Trump administration reducing taxation for the rich.

The pandemic has focused the attention of many super-rich people on social causes, according to UBS’s American head of family advisory and philanthropy services Judy Spalthoff.

“There’s been a massive shift in the conversations we’re witnessing among families, in terms of the consideration of social inequity,” she said. “The younger generation has really been pushing this topic at the board level.

“We see so many conversations in families really gut-checking to say, ‘Yes, we’ve had success. We’ve worked hard for this success. But let’s not be blind to the world around us. And let’s make sure we can step out of our bubble’.”

For many that means philanthropy.

Spalthoff’s team saw a surge in clients partnering with the UBS Optimus Foundation, which channels money to causes such as Action Against Hunger, with donations rising 74% last year versus 2019, to $168 million.

Yet for UK-based millionaire Gary Stevenson, a former trader at Citibank, any plan to tackle inequality must include a wealth tax.

“We live in a situation right now where billionaires often pay lower rates of tax on their income than ordinary workers,” he said. “But I don’t think it will be enough just simply to tax their income … it needs taxes that apply on wealth.”