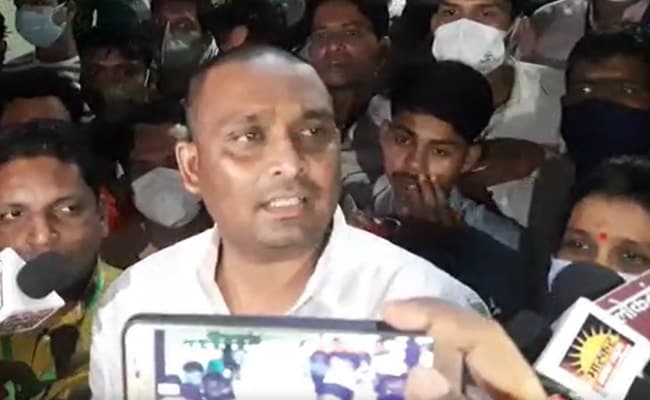 It seems the rapid surge in COVID-19 cases is taking its toll on the BJP and the Congress in Madhya Pradesh, where the ruling party’s Rahul Singh lost the Damoh bypoll to the Congress’ Ajay Kumar Tandon by over 15,000 votes.

Rahul Singh, a first-time MLA from the Congress, switched to the BJP in October last year. That was shortly before bypolls to the 28 seats left vacant by MLAs whose Congress-BJP jump led to the fall of the Kamal Nath government.

In this bypoll though, the BJP never went ahead in any round of counting.

In fact, it even trailed – perhaps for the first time in decades – in the urban ward that is home to the family of all-powerful former Finance Minister Jayant Malaiya.

Once the dust settled, the BJP candidate polled fewer votes even in his own village booth.

The bypoll was seen as a proxy battle between Union Minister Prahlad Patel, the Lok Sabha MP from Damoh, and Jayant Malaiya.

The party’s decision to field Mr Singh angered Mr Malviya and his son, who was angling for the ticket. Mr Malviya was later convinced to campaign for the party’s candidate. Mr Malaiya won Damoh six times before losing in 2018 to Rahul Singh, then of the Congress, by around 800 votes.

“Best wishes to Congress candidate Ajay Tandonji leading to victory in Damoh’s Assembly by-election. We did not win but learned a lot!” he said.

The Congress has also demanded Chief Minister Shivraj Singh Chouhan, who was active in campaigning for the bypoll, resign.

“Damoh bypoll was fought by the Chief Minister himself… leaving behind the entire state to be swept aside by the COVID pandemic. He should take moral responsibility for the party’s loss, and also putting the lives of people in danger, and quit,” Congress spokesperson Narendra Saluja said.

Mr Rathore, who represented the Prithvipur Assembly seat, died Sunday evening after a cardiac arrest. He was the party’s in-charge for the Damoh bypoll.

Over 100 Congress and BJP leaders have tested positive after campaigning in Damoh, including the victor Ajay Tandon.

Meanwhile, among others to have been infected by the virus are Rajya Sabha MP Digvijaya Singh of the Congress, and the party’s district chief, Manu Mishra.

Congress state Mahila Morcha chief Mandvi Chouhan, who was said to have been laying the groundwork for the party in the poll run-up, died of Covid.