Azerbaijan-born Farkhad made much of his wealth from the sale of his stake in a Russian gas producer in November 2012 for $1.4 billion. 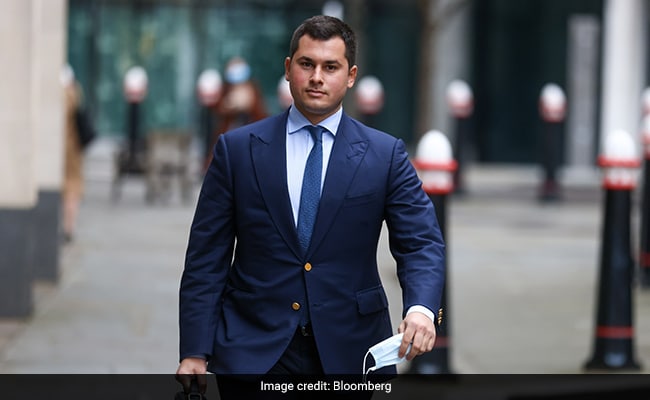 
The son at the center of the U.K.’s largest divorce lost a London court ruling over his role in hiding assets from his mother with a judge calling him “a dishonest individual who will do anything to assist his father.”

Temur Akhmedov worked with his billionaire father, Farkhad Akhmedov, to do “all he could” to stop his mother from obtaining a 450 million-pound ($627 million) court-approved divorce payout, Judge Gwynneth Knowles said in a ruling Wednesday. The judge ruled Temur should pay his mother more than $100 million.

The trial attracted scrutiny after Temur revealed he’d lost more than $50 million day trading while a college student. He’d argued that far from hiding his father’s money from his mother, he’d instead lost some of it with bad trades.

“Temur has learned well from his father’s past conduct and has done and said all he could to prevent his mother receiving a penny of the matrimonial assets,” the judge said.

Temur’s mother, Tatiana Akhmedova, wants the keys to a luxury apartment overlooking London’s Hyde Park in a bid to recover some of the cash.

Azerbaijan-born Farkhad made much of his wealth from the sale of his stake in a Russian gas producer in November 2012 for $1.4 billion. But the oligarch has refused to make any divorce payments, leaving Tatiana, backed by litigation funder Burford Capital Ltd., to pursue cases in at least six countries.

“Entirely predictably, given its original wrong and misguided judgment, the London court has ruled in favor of visiting ‘the sins’ of the father on an innocent and loyal son,” Farkhad said in a statement.

The fight has led to Tatiana’s so-far unsuccessful legal attempts to seize a 115-meter (377-foot) superyacht once owned by Roman Abramovich that is currently in Dubai, and a collection of modern art worth more than $140 million in a secure storage facility in Liechtenstein known as the “Treasure House.”

Farkhad moved to Russia after the initial divorce order in 2016. But by getting an English ruling against Temur, a U.K. resident, it’ll be easier for his mother to obtain his local assets.

At the trial last year, Temur said his father made his own decisions. He said his mother’s choice to draw him into the litigation has been “tremendously upsetting and in many ways quite frightening.”

He said in a statement that while he disagreed with the ruling, “he would consider it a price worth paying for should it lead to a reasonable settlement between the parents he both loves.”

Tatiana said during the trial that her relationship with her eldest son “is now very strained.” She said she felt she had no choice but to sue him.

“I always knew that my strength would prevail through the smoke and mirrors as presented by Farkhad and his circus of illusionists,” Tatiana said in a statement after the ruling.

Temur said at the trial that he’d had some initial success trading stocks, only to hit a losing streak while studying at the London School of Economics. When he tried to make back the money, “convinced this loss was just bad luck,” he increased his risk exposure and lost everything, he explained in court.

The judge rejected Temur’s explanation that his mother knew about his trading, saying the transfer of millions of dollars from his father’s account was in fact designed to put it out of her reach. That he’d then racked up losses was beside the point, she said.

“All happy families are alike, each unhappy family is unhappy in its own way,” Knowles said in her judgment. “With apologies to Tolstoy, the Akhmedov family is one of the unhappiest ever to have appeared in my courtroom.”