Infections have surged by more than 300,000 cases for 15 straight days, pushing India’s total tally past 21 million. 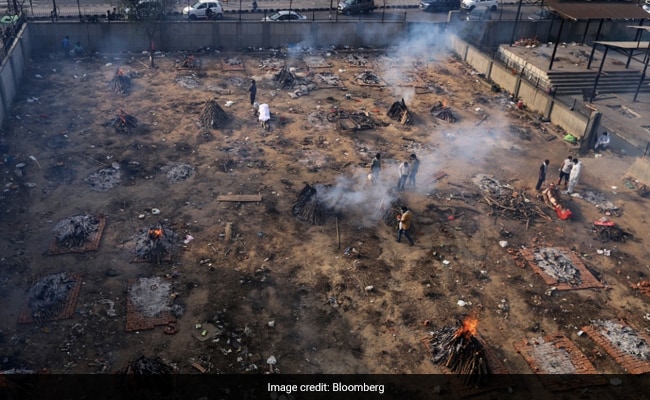 Covid Infections have surged by more than 300,000 cases for 15 straight days.


A mathematical model prepared by advisers to Prime Minister Narendra Modi suggests India’s coronavirus outbreak could peak in the coming days, but the group’s projections have been changing and were wrong last month.

The team’s most recent forecast puts them more in line with at least some other scientists, who have suggested a mid-May peak for India.

India reported a record 412,262 new infections and 3,980 deaths on Thursday, with experts saying that the reported figures likely underplay the real toll because the nation’s crematoriums and hospitals have been overwhelmed. That makes the assessment of any peak particularly complicated.

Still, estimates may become crucial because PM Modi has been avoiding a national lockdown, choosing instead to allow states to implement their own restrictions to curb the spread.

“Our predictions are that the peak will come within a few days,” Mathukumalli Vidyasagar, professor at the Indian Institute of Technology in Hyderabad, said by email Thursday, referring to a model prepared with Manindra Agrawal, a professor from IIT Kanpur. “As per current projections, we should hit 20,000 cases per day by the end of June. We will revise this as needed.”

In April, Vidyasagar’s team wrongly predicted that the wave would peak by the middle of last month. That was due to incorrect parameters as “the pandemic was changing rapidly, even wildly, until about a week ago,” he wrote on Twitter at the time.

More recently, he told Reuters that the peak would be between May 3-5, and then the India Today publication that it would come on May 7. 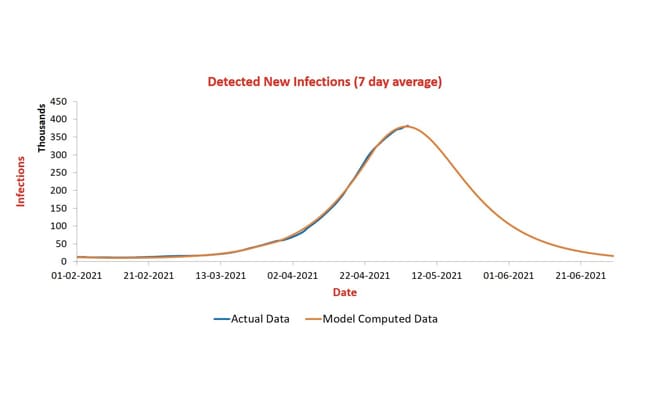 Scientists are largely agreed that the coming few weeks will be difficult for India. A team at the Indian Institute of Science in Bangalore used a mathematical model to predict about 404,000 deaths will occur by June 11 if current trends continue. India’s death toll from the pandemic has already crossed 200,000.

Infections have surged by more than 300,000 cases for 15 straight days, pushing India’s total tally past 21 million. Some experts blame the sudden surge of India’s second wave on a new variant that has emerged in the country.

Anuradha Mittal, a pediatrician with the Kailash Hospital in Noida, on the outskirts of New Delhi, got Covid last month despite receiving both her shots earlier this year. She said that about 50 other doctors in her network had a similar experience. “Probably the viral load is very, very high in the hospitals we work in and the mutants have a role to play,” Mittal said.

Scientists worry that new virus mutations can become the next blindspot that can stretch the pandemic for the entire world, as strains from countries like India reach other nations.

"So Proud Of This Guy": Ritika's Loved Up Post For Rohit...