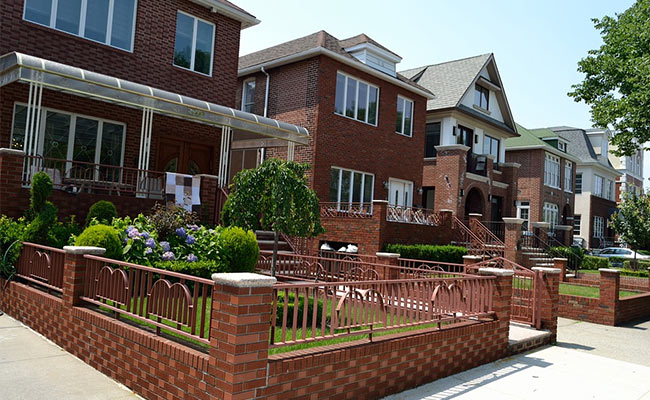 
In a bizarre turn of events, a property developer is planning to sue an Indian-origin homeowner in Auckland, New Zealand, for a construction error. Reports say that there’s a one-metre difference between where Deepak Lal’s house has been built and where it should legally have been. And now not only is there a legal battle involving a lot of money to be fought but also the construction to be fixed. Mr Lal had tasked Pinnacle Homes to design and build his home, in Papakura. In mid-2020, while the company was just concluding work on the three-bedroom property, the neighbouring property owner, C94 Development, informed them of the mix-up.

The work had to be stalled after that. Now, C94 Development says that Mr Lal should either move the house or pay $3,15,000 (roughly Rs 1.6 crore) in damages.

The owner of the three-bedroom house says the development has been a nightmare for him, adding he wakes up in the middle of the night and thinks how he is going to deal with the issue. Mr Lal also said the designer, HQ Designs, had filed the building consent, which was approved by the Auckland Council and, therefore, it’s ultimately their responsibility.

According to a New Zealand news media website, Stuff, Mr Lal’s lawyer, Matt Taylor, had written a letter to Pinnacle Homes and HQ Designs in September 2020 mentioning that a surveyor had been hired to certify the location of the home.

“It seems likely that the issue has arisen as a result of an error made at the design stage likely to have occurred when the resource consent information was transferred by the designer to the plans submitted for building consent,” Lal’s lawyer Matt Taylor was quoted as saying by New Zealand Herald, a daily newspaper published in Auckland.

Johnny Bhatti, the project manager at Pinnacle Homes, said he realised there was something wrong when he checked the documents for Mr Lal’s house.

Mr Bhatti said his company and the surveyor followed the plans and addressing the matter was now HQ Designs and the council’s responsibility. He even added that he was willing to help move the house and that would cost nearly $1,50,000.

The question is who is going to pay for the relocation or movement of the house now.

“If we move the house someone needs to take responsibility for this and it’s not me, this is between HQ Designs and the council,” he said.

Nikhil Kumar, who works at HQ Designs, says his lawyer is in contact with both Mr Lal and Pinnacle Homes and trying to find a solution.

Describing the situation as “unfortunate”, C94 Development spokesman Bruce Wang said the other parties have to provide a solution because the current situation was preventing them from selling the property. “If it’s not settled the liability will keep accruing month by month,” he added.

Mr Lal says that all he wants is a way out of this situation, adding everyone is blaming someone else. He also said that he was willing to move the house but doesn’t have money to do so. “I’m already paying $1000 a week for the mortgage on this house and the rent for the other place where I’m living.”