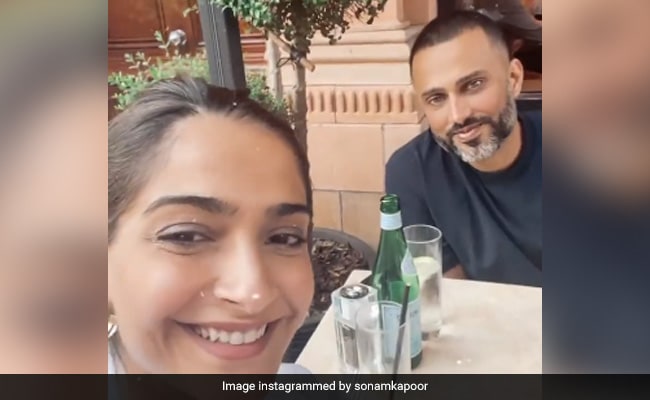 Actress Sonam Kapoor and her husband, Anand Ahuja are very much in love and their social media uploads are proof. From posting pictures of each other to dropping cute comments, the two have won the hearts of all their fans with some mushy posts. Now, the actress has given her Instagram followers a glimpse of what the lovely couple’s date nights look like in her new Reels. In the clip, Sonam and Anand are seen spending quality time in a cute cafe by the streets of London. The video begins with Sonam saying “Hi!” to Anand, before giving us a sneak peek at the setting.

Along with the clip, she added the note, “Date night with my baby Anand Ahuja.” She followed this up with another video of the two posing for the camera. 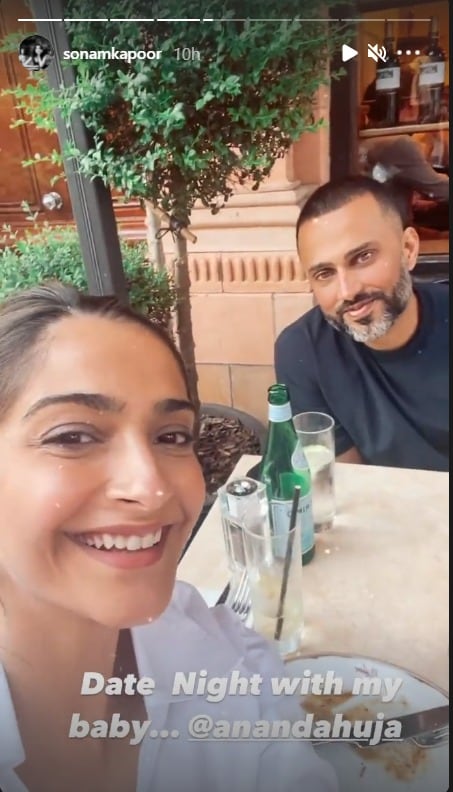 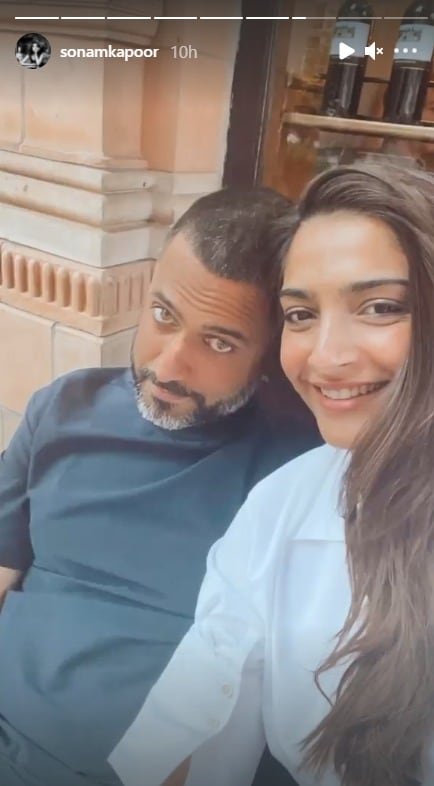 Earlier this month, Anand showed us all just how much he loved his wife when he shared a heartwarming note on Sonam Kapoor’s birthday. After sharing a bunch of sweet photos of the couple on his Instagram Stories, he posted a special picture for Sonam and wrote, “I know how much you love wallpapers – well you’re the only wallpaper I need! Happy Birthday my forever wallpaper.” The post features a screengrab of Anand’s phone’s wallpaper, which is a photo of the couple.

And like a true gentleman, he made sure to make Sonam feel special on not just her birthday. One day after the special occasion, he shared another throwback photo. The lovely image is from the couple’s wedding reception. In it, the two can be seen hugging and smiling.  “You can literally feel the thoughts, pains, and discomforts of others. You are genuinely and effortlessly selfless – empathy personified – and it is a daily occurrence. Happy birthday Sonam Kapoor, you are why #everydayphenomenal,” he wrote.

In another recent video where Sonam was sharing her everyday makeup look with her fans, Anand could not help but praise his stunning wife. In the video captioned, “Getting ready for the day,” Anand wrote, “Obsessed with you.” When Sonam said that she kept him entertained as well, he replied, “Yes, entertained too. PS: Just realized this is what you were doing when I was making your breakfast. Hmm.”

Sonam Kapoor, daughter of actor Anil Kapoor, made her debut with the Sanjay Leela Bhansali film Saawariya.  She is best known for her work in films such as Neerja, Aisha and Khoobsurat. She married entrepreneur Anand Ahuja in 2018.