People are no longer required to show vaccination certificates to enter restaurants and entertainment venues, and capacity limits on businesses have been lifted. 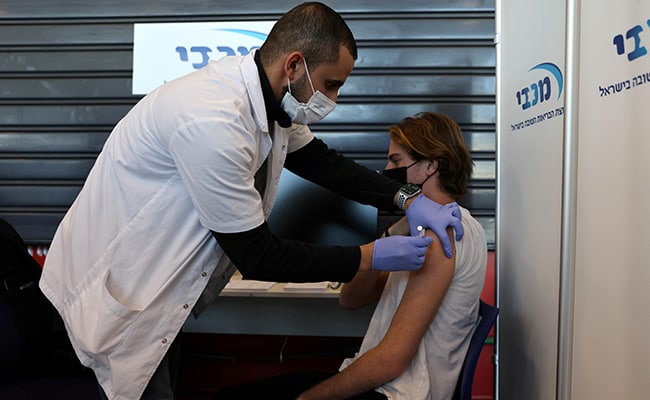 People are no longer required to show vaccination certificates to enter restaurants and entertainment venues, and capacity limits on businesses have been lifted.

“The Israeli economy and public may have some more breathing” space, he said in a statement announcing the changes.

The country remains largely closed to travellers from abroad, however, the tourism ministry said, except for first-degree relatives, some experts, and vaccinated tourists participating in a pilot programme.

On Tuesday, there were just four new positive cases of the virus, and 350 actively sick people in Israel.

The changes became possible after Israel obtained millions of doses of the Pfizer/BioNTech vaccine. More than 90 percent of people in Israel aged 50 and over have been vaccinated or recovered from the virus.

Children continue to be required to wear masks in school, as under-18s have yet to be vaccinated in large numbers.

Covid-19 cases among Palestinians in the Israeli-occupied West Bank have also declined in recent weeks as vaccines from the Covax campaign for poorer countries have been distributed.

Israel has faced criticism for refusing to vaccinate most Palestinians living in the West Bank, or in the Gaza Strip, which is under Israeli blockade. Israeli citizens living in West Bank settlements have been eligible to take part in its vaccination programme.

Israel has said the Palestinian administrations in the West Bank and Gaza are responsible for obtaining vaccines.

In Gaza, the coronavirus response has been hobbled by 11 days of devastating Israeli air strikes last month in retaliation for Hamas rocket fire over tensions in Jerusalem.

The enclave’s only laboratory conducting Covid tests was hit in a strike, and two doctors were killed in a bombardment. Tens of thousands of people seeking shelter could not socially distance.

Gaza recorded 246 new cases of the virus Monday, while the West Bank recorded 56.