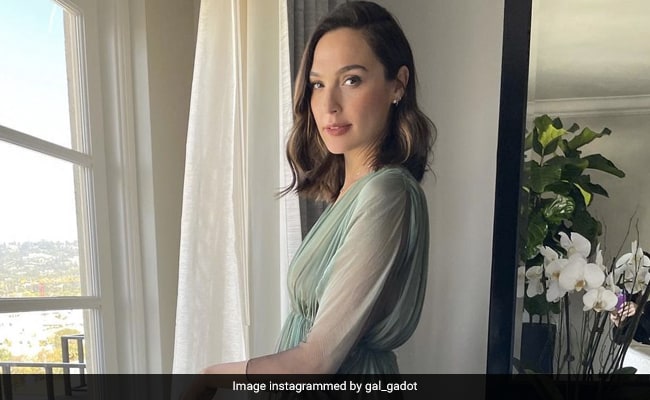 Israeli-born actress Gal Gadot is facing backlash after sharing a statement amid the escalation in Israel-Palestine conflict this week. The Wonder Woman star, who has previously been criticised for her comments on Israel-Palestine, wrote “My country is at war” and referred to Palestinians as “our neighbors.” On Twitter, her words have been widely condemned. Israel and Hamas-led militants have exchanged rocket fire this week; violence has also broken out in Israel between the country’s Jewish and minority Arabic population. The hostilities are the most intense in seven years and have killed over 50 in Gaza, many of them children, and seven in Israel including an Indian woman.

Gal Gadot, who served her mandatory two years in the Israeli Defense Forces,” wrote in her post: “My heart breaks. My country is at war. I worry for my family, my friends. I worry for my people. This is a vicious cycle that has been going on for far too long. Israel deserves to live as a free and safe nation. Our neighbors deserve the same. I pray for the victims and their families, I pray for this unimaginable hostility to end, I pray for our leaders to find the solution so we could live side by side in peace. I pray for better days.”

Read her post, on which comments have been disabled, here:

Commentators on social media too instant exception to both Gal Gadot’s use of the term “neighbors” and the words “My country is at war.”

“Gal Gadot is wrong. Israel is not at ‘war’ with Palestine. Israel is butchering Palestine. Again,” tweeted musician James Kennedy. “Israeli soldier turned Hollywood’s Wonder Woman multimillionaire Gal Gadot sends meaningless thoughts and prayers as the Israeli apartheid regime she supports ethnically cleanses Palestinians and bombs Gazans in an open-air prison camp.” Many pointed out that Ms Gadot, a former Miss Israel, could not bring herself to write the words Palestine or Palestinians.

Gal Gadot is wrong.
Israel is not at ‘war’ with Palestine. Israel is butchering Palestine.
Again.

Palestinians, not “neighbours”. Genocide, not “war” or “hostility”. https://t.co/t30XpydyTF

you can’t even say the name of your “neighbors,” which is very telling https://t.co/2LpgUiBT3c

The Israel-Palestine conflict blew up this week after Hamas launched over 1,000 rockets into Jerusalem after Israel evicted dozens of Palestinians from the city. Israel retaliated with air strikes of its own, destroying Gaza City’s Al-Farouk Tower prompting more rocket fire by Hamas, reports news agency AFP. Israel’s President Reuven Rivlin has warned against civil war, reports Reuters; the domestic unrest between Israeli Jews and the pro-Palestinian Arab community has seen a synagogue and cars being torched, riots and mob violence.

Apple, Google Questioned by US Senators on App Store Dominance