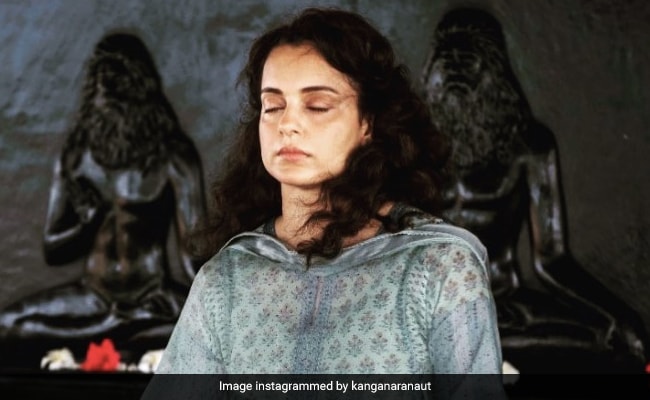 Kangana Ranaut has tested positive for COVID-19, she announced today. The actress, who was recently suspended permanently from Twitter for hate speech, wrote dismissively of the virus that has devastated the country. “It is nothing but a small time flu which got too much press,” Kangana Ranaut wrote on social media. Don’t give the virus power over you, the actress added, in a somewhat tone-deaf manner. India, battling a brutal second wave compounded by a shortage of oxygen, hospital beds and vaccines, has seen over 4,000 reported deaths from COVID in the last 24 hours and over 4 lakh new infections.

In her post, Kangana Ranaut explained that she had been feeling tired and weak and had herself tested in order to travel to her hometown in Himachal Pradesh. “I had no idea this virus is having a party in my body, now that I know I will demolish it,” she wrote.

Kangana Ranaut was recently suspended permanently from Twitter after a series of tweets on the West Bengal election results. She had also recently been ridiculed for tweets on the oxygen crisis.

The release of Kangana Ranaut’s next film, Jayalalithaa biopic Thalaivi, was recently postponed because of the spike in COVID-19 infections.

The film industry has been hit badly by the second wave with Aamir Khan, Akshay Kumar and other actors recently battling the virus. Over 40 crew members of Akshay’s film Ram Setu tested positive. Shilpa Shetty announced on Friday that her husband, two children, mother and parents-in-law currently have the Coronavirus as do two staff members.

Bodies Pile Up In Government Hospital In Chhattisgarh’s Covid Horror