On Tuesday, Karishma Tanna shared a bunch of photos from her pool time at the resort and wrote: “PoolHolic.” 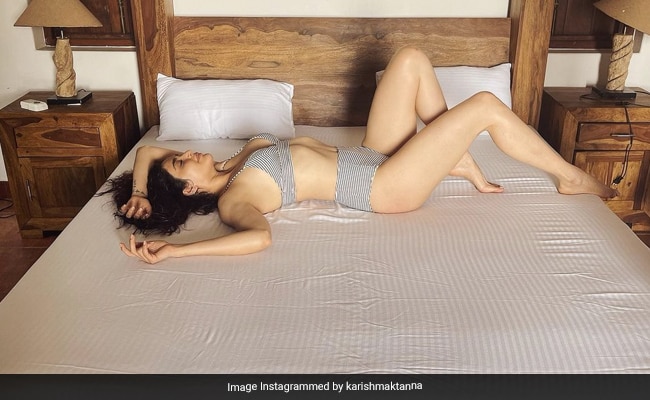 On Tuesday, Karishma Tanna shared a bunch of photos from her pool time at the resort and wrote: “PoolHolic.” She also described herself as a “water baby.” A bikini, a cool cap and black sunglasses are all she need to jump into the pool.

Karishma Tanna, primarily known for her TV appearances, has also featured in a number of movies such as Suraj Pe Mangal Bhari, Sanju, Grand Masti and Dosti: Friends Forever. She has also featured in the ALT Balaji web series Karrle Tu Bhi Mohabbat. She was a contestant on Bigg Boss 8 and also appeared on the 10th, 11th and 13th season of the show as a guest. Karishma Tanna is best known for her roles In TV shows such as Des Mein Niklla Hoga Chand, Kyunki Saas Bhi Kabhi Bahu Thi, Pyaar Ke Do Naam: Ek Raadha, Ek Shyaam and Ek Ladki Anjaani Si, among others.

“I Am Sad I Can’t Be With You,” Priyanka Chopra Writes...