The injury-riddled Los Angeles Rams host the Seattle Seahawks in a divisional battle on Sunday, but they will not have quarterback Matthew Stafford or defensive end Aaron Donald in the starting lineup. 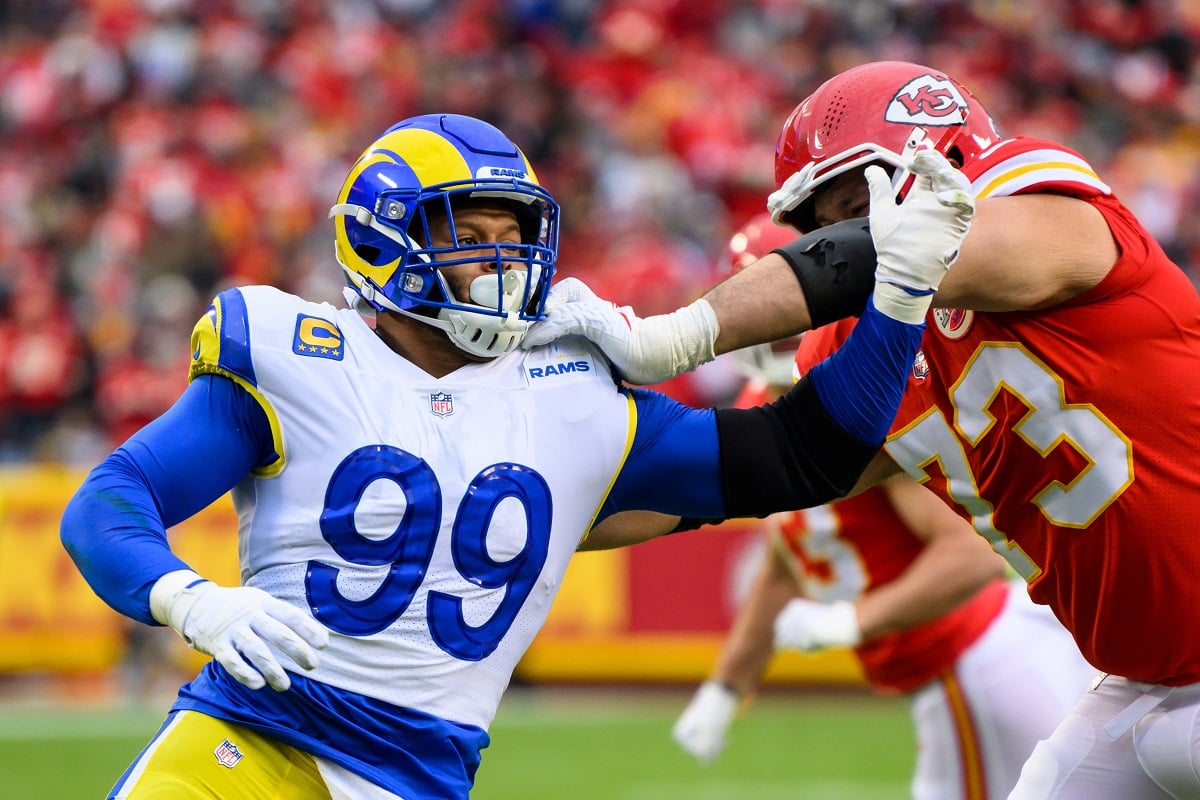 Stafford recently cleared concussion protocol, but the Rams decided to keep him out of the lineup out of precaution.

Backup quarterback John Wofford will start for the Rams against the Seahawks in Week 13.

It’s been a disappointing season for the defending Super Bowl champion Rams. The Rams occupy last place in the NFC West with a 3-8 record.

The Rams looked like they faded the proverbial “Super Bowl Hangover” with a 2-1 start in September. They dropped two games in a row in early October to sink to 3-3 on the season.

The Rams last secured a victory in Week 6 against the Carolina Panthers. Since their bye in Week 7, the Rams lost five games in a row.

The Rams’ offense looked awful over the last two months. They lost seven out of their last eight games averaging 11.8 points per game in those losses.

The Seahawks lost two games in a row, which snapped a four-game winning streak. They fell to second place in the division with a 6-5 record behind the first-place San Francisco 49ers at 7-4.

The 49ers, with a 4-0 divisional record, are the consensus favorite to win the NFC West at -650 odds according to DraftKings. The Seahawks are 2-1 in NFC West games. They’re +450 win the division, with two more games to play against the last-place Rams.

The Seahawks play four out of their remaining six games at home in Seattle. They host the Carolina Panthers (Week 14), 49ers (Week 15), New York Jets (Week 17), and Rams (Week 18). Aside from the Rams this week in Los Angeles, the Seahawks hit the road to play the Kansas City Chiefs in Week 16.

The Rams are +7 home dog at SoFi Stadium in Inglewood on Sunday. The Rams are the worst betting team in the NFL this season with a 2-7-2 ATS record. The Seahawks are 6-5 ATS this season.

Will the Rams Shut Down Stafford for Remainder Season?

Stafford entered the season with an elbow injury, but played through the pain. He also suffered multiple concussions in November in Week 9 against the Tampa Bay Bucs, and in Week 11 against the New Orleans Saints.

Wofford started one game this season against the Arizona Cardinals in Week 10. The Cardinals defeated the Rams, 27-7, and Wofford lost his lone start this season.

Stafford recovered from his concussion and started in Week 11 in a loss against the Saints. An unlucky Stafford got dinged in the second half, and never returned due to another concussion. Bryce Perkins finished the game at quarterback, but the Rams lost 27-20.

Head coach Sean McVay tapped Perkins to start last week against the Kansas City Chiefs, but the Rams extended their losing streak to five in a row with a 26-10 loss.

McVay shuffled the deck once again and Wofford will start against the Seahawks.

Really just an opportunity to see if Wofford can build on some of the things that he’s done,” McVay told the L.A. Times. “He’s got a little bit more experience with it.”

Stafford cleared the NFL’s strict concussion protocols on Friday, but the Rams decided to keep him off the field after getting two concussions within a three-week time frame.

With the Rams eliminated from postseason contention and unable to defend their title, it makes sense if the Rams shut down Stafford for the remainder of the season.

Donald to Miss First-Career Game with an Injury

The Rams selected Aaron Donald with the #13 pick out of Pitt in the 2014 NFL Draft. In 140 games that the Rams played since the start of the 2014 season, a durable and gritty Donald appeared in 138 of them.

Donald never missed a single game due to an injury since entering the NFL in 2014. That’s an incredible stat. He missed two games in 2017, but neither were attributed to his health. He did not appear in the season opener due to a contract dispute, and he sat out last game of the season due to rest.

Last Sunday against the Chiefs, an ankle injury knocked Donald out of the game. An MRI revealed a high ankle sprain.

“Luckily, it’s nothing that will require surgery,” said McVay.

Bobby Brown, Marquise Copeland, and Greg Gaines will see an uptick in playing time while filling in for Donald. But they have big shoes to fill. Donald and edge rusher Leonard Floyd were tied with five sacks each.

It’s going to take every guy up front to match that same level that A.D. brings,” said Floyd. I believe our guys are going to answer the challenge.”

“So much of our D is built around Donald,” added McVay. “He’s truly one of one. You don’t replace anybody like him.”

High ankle sprains typically take four to six weeks to heal. Donald is expected to miss at least two games with the Rams facing a short week against the Las Vegas Raiders on Thursday Night Football in Week 14. He’d like to return against the Green Bay Packers in Week 15 when they meet on Monday Night Football.