Coronavirus: The Delhi government sought a detailed reply from the centre with clear details of oxygen allocation and supply schedule 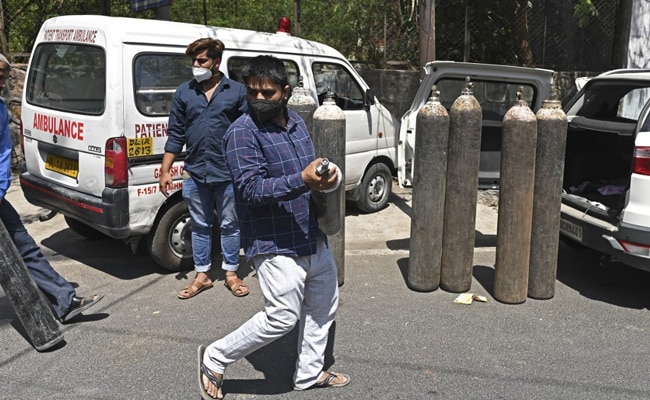 Coronavirus: COVID-19 cases have been rising in Delhi, so is the demand for medical oxygen

The centre and the Delhi government had a terse exchange in court today over supply of medical oxygen to hospitals in the national capital amid a spiralling COVID-19 crisis.

The Delhi High Court was hearing the Arvind Kejriwal government’s SOS for more and uninterrupted oxygen supply to hospitals in the city, and in the process went into an argument with the centre over the issue.

“If we don’t get 480 tonnes (of oxygen), the system will collapse. We have seen in the last 24 hours. Something disastrous will happen,” the Delhi government lawyer told the court, adding the city got only 297 tonnes of the medical gas on Friday.

The Delhi government sought a detailed reply from the centre with clear details of oxygen allocation and supply schedule.

Solicitor General Tushar Mehta, on behalf of the centre, brushed aside the Delhi government alluding to inaction, especially when the court in a previous hearing had instructed the centre to listen to Delhi’s demand.

“I know my responsibility. I know many things but not saying anything. Let’s try and not be a cry baby,” Mr Mehta said in response to Delhi government lawyer Rahul Mehra’s complaint that the centre was not complying with the guidelines on oxygen allocation.

If anyone obstructs oxygen supply, “we will hang that man”, the Delhi High Court reportedly said today in the hearing today on a hospital’s petition over shortage of oxygen. The court termed the massive surge in COVID-19 cases a “tsunami”.

The issue of oxygen shortage has been raised before the Delhi High Court by several hospitals, big and small, in the last few days. Oxygen shortage caused the death of Covid patients in at least one hospital in Delhi in the last 24 hours.

The surge in Covid cases in recent weeks have led to what is now being called a deadlier second wave of the pandemic. Social media is full of stories of desperate people trying to find oxygen or a hospital bed for their friends and family.