In videos shared on social media, the health worker is seen visiting homes at a village in Madhya Pradesh’s Ratlam district 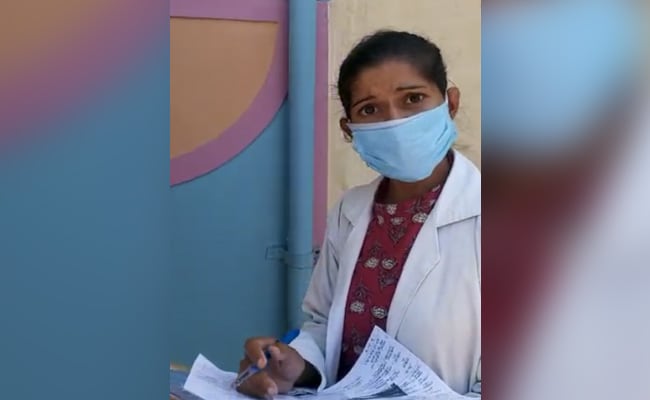 A health worker in Madhya Pradesh is facing police investigation after she was seen in a video that purportedly showed her going door to door and asking people to pray to Jesus Christ to stay safe amid the COVID-19 pandemic. BJP MLA Rameshwar Sharma was among those who tweeted the video, alleging the health worker’s motive was religious conversion.

In videos shared on social media, the health worker is seen visiting homes at a village in Madhya Pradesh’s Ratlam district. Some villagers alleged she is heard asking people to pray to Jesus Christ for protection from Covid and safe recovery, if infected.

The health worker, in a white coat, is heard replying: “People are getting better by offering prayers to Jesus Christ.”

Ratlam district tehsildar BS Thakur said they have got a complaint that the health worker under government contract was propagating Christianity while carrying out the “Kill Coronavirus” campaign at the village. Religious pamphlets were also found with her, Mr Thakur said.

The tehsildar said a report will be sent to senior officers.

“This is not the time to propagate any religion. Doctors and medical professionals are engaged in selfless service to humanity. In such a situation, the woman is propagating a religion. This is condemnable,” Mr Sharma told news agency PTI.

Chief medical and health officer Dr Prabhakar Nanaware said they will send a report to the district collector, seeking to end the contract of the health worker.

Local police inspector Dilip Rajoriya said a case will be filed after investigation.

With inputs from PTI