Krishna Prakash himself gave information about the sequence of events that unfolded during the intervening night of Wednesday and Thursday. 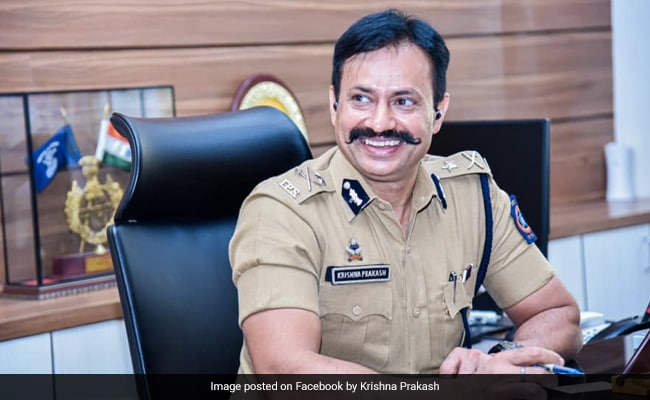 Disguised as a common man, Pimpri Chinchwad police commissioner Krishna Prakash paid surprise visits to three police stations under his jurisdiction to check the promptness and efficiency of the personnel on duty there.

Mr Prakash himself gave information about the sequence of events that unfolded during the intervening night of Wednesday and Thursday.

As part of the exercise, he visited Hinjawadi, Wakad and Pimpri police stations.

In order to change his appearance, the commissioner sported a fake beard and wore a Pathani dress as well as a skull cap. Assistant Commissioner of Police Prerna Katte also accompanied him by posing as a common citizen.

Mr Prakash said that instructions were issued to all the police stations to treat common citizens nicely and get their complaints lodged.

“To test the ground reality, I along with ACP Katte disguised as common citizens and visited three police stations and a couple of nakabandi points in the jurisdiction at night,” he said.

“During the visits to Hinjawadi and Wakad police stations, we found that the staff on duty there were prompt in listening to our woes and were seen taking efforts in registering their complaints,” he said.

But during the visit to Pimpri Chinchwad police station, he found that the staff was seen evading their duties by asking them to go to a police chowky attached to the police station.

“It was found that the staff there initially did not give the kind of treatment that was expected from them, although they treated well later. It might be because one of the duty officers recognised me,” he said.

At Hinjawadi Prakash complained about some anti-social elements harassing them, while at Wakad, he told the police personnel that the gold chain of his wife was snatched away by a motorcyclist.

At Pimpri police station, he complained against the ambulance driver for demanding exorbitant charges for ferrying a patient.