BJP President JP Nadda’s letter comes amid criticism that the party’s top leadership was not seen enough on the ground during the second Covid wave. 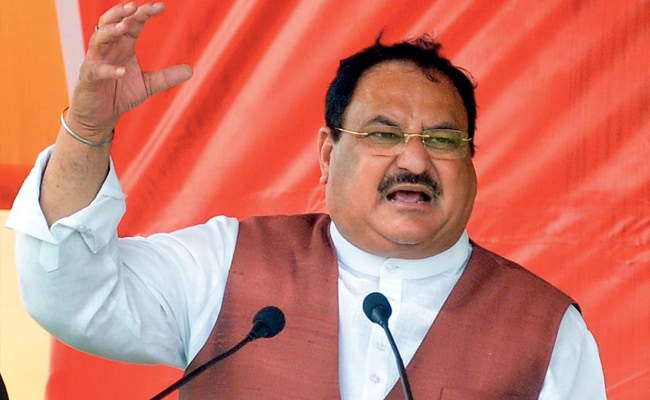 BJP chief JP Nadda has said there should be no celebration marking 7 years of the NDA government.

The BJP has reminded its workers of the need to serve people in their moment of pain and struggle — and the need to be seen doing it. The party, wincing from criticism that its leaders were missing in action, especially during the second wave of the Covid pandemic, is now eyeing course correction.In a letter to all BJP-ruled states, party chief JP Nadda has said that all functions to mark seven years of the Narendra Modi government be avoided on May 30. “Party workers should dedicate themselves in the service of the society,” he recommended instead, saying people must be thanked for giving the BJP a chance to serve for seven years.

Party-ruled states will also launch a scheme on this occasion to help children orphaned during the pandemic, he said, the details of which will be circulated shortly.

“Standing by children who have lost both parents and providing them every support for their safe future is also our social responsibility…The idea is that all BJP-ruled states launch the programme together when the BJP-led government at the Centre completes seven years,” he said, according to a PTI report.

Its top leadership has also asked workers to arrange medicines, hospital beds, oxygen supplies in government hospitals — the country’s medical system has suffered a severe paucity of these resources in recent months.

Mr Nadda has spoken to the party’s 317 MPs in the past four days to mobilise activities on this front. His letter today reminded BJP workers of its motto, ‘Seva Hi Sangathan’ (Service is organisation).

The BJP has, meanwhile, set up Covid helplines in almost all districts and formed 3,176 committees to help those in distress. It has also organised 1,204 blood donation camps, party officials said.

The party has in the recent past faced severe criticism as its leaders were perceived to be missing in helping people hit by the pandemic. This is in contrast with last year when, during the migrant crisis, its workers were seen arranging food packets and other facilities at a mass level.

Party sources said that since it is the world’s largest political outfit, its workers must be ‘seen helping those in distress’.

Several MLAs in Uttar Pradesh, meanwhile, have complained about the administration ignoring them, leaving them unable to help the needy.

The Congress youth wing, meanwhile, was deemed active on the ground and its leaders were seen helping people.

The BJP leadership fears that its MLAs may face the repercussion of all this inactivity during the assembly elections due next year in Uttar Pradesh and Uttarakhand.

Mr Nadda’s letter also acknowledges that the pandemic, which has occurred after a century, has deeply affected all.