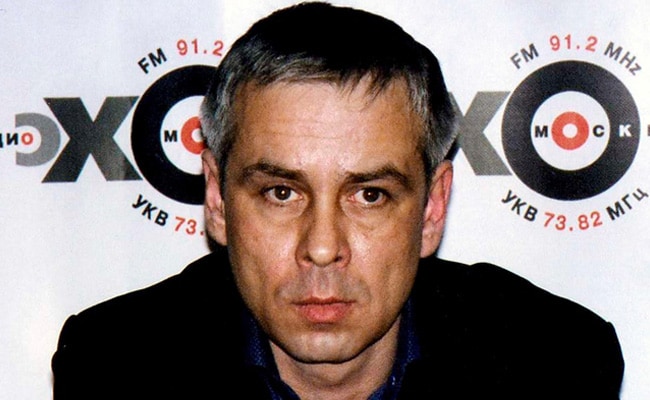 Dmitry Kovtun is one of two men accused by Britain of poisoning Kremlin critic Alexander Litvinenko.

Dmitry Kovtun, one of two Russian men accused by Britain of poisoning Kremlin critic Alexander Litvinenko in London in 2006, has died of COVID-19 in a Moscow hospital, TASS news agency said on Saturday.

Litvinenko died weeks after drinking green tea laced with radioactive polonium-210 at London’s Millennium Hotel, where he met Kovtun and the other suspect, Andrei Lugovoy.

British investigators found traces of polonium at sites across London where the two men had been, including in offices, hotels, planes and the Arsenal soccer stadium. They denied carrying out the poisoning, and Russia refused to extradite them to face trial.

Litvinenko, a British citizen, was a former KGB officer who had become an outspoken opponent of Russian President Vladimir Putin. From his deathbed, he accused Putin of ordering his killing, but the Kremlin has always denied any role.

A judge at a British inquiry into the case concluded in 2016 that the murder was an operation of Russia’s FSB spy agency that was probably approved by its director at the time, Nikolai Patrushev, and by Putin himself.

TASS quoted Lugovoy, now a prominent member of Russia’s parliament, as saying he was mourning the death of a “close and faithful friend”.