The BJP has claimed that the actor was given a photo ID card identifying her as a supervisor by the private firm, which enabled her to get vaccinated under the “frontline worker” priority category. 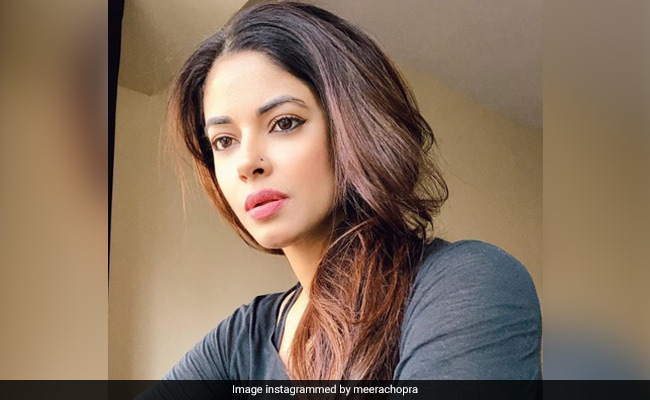 An actress based in Mumbai got herself vaccinated against COVID-19 out of turn at a civic health centre, prompting officials to order an inquiry into the incident. The actress, however, has denied allegations of using unfair means to procure the vaccine.

Meera Chopra is accused of using a fake identity card to get her vaccinated under the frontline category at the Parking Pass Covid Center in Thane. She also uploaded a now-deleted photograph of her taking the jab on social media.

Ms Chopra comes in the age group of 18 to 44 years, whose vaccination is currently stopped in Maharashtra.

The BJP has claimed that the actor was given a photo ID card identifying her as a supervisor by the private firm, which enabled her to get vaccinated at Thane Municipal Corporation’s Parking Plaza centre under the “frontline worker” priority category. 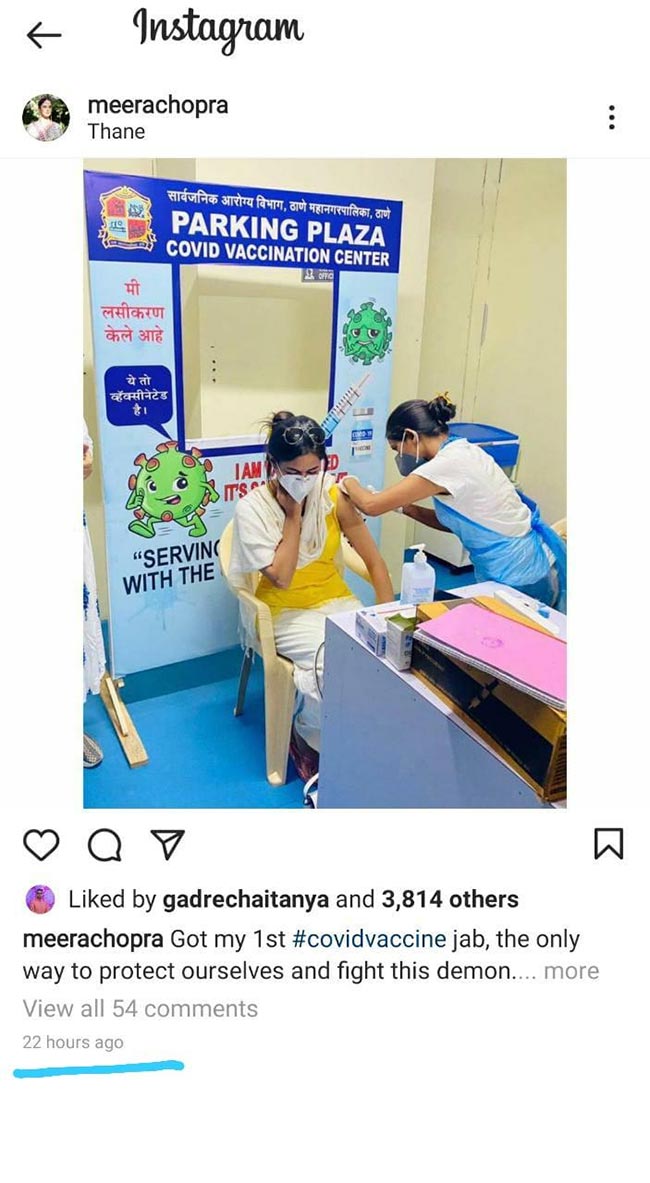 Meera Chopra falls in the age group of 18 to 44 years, whose vaccination is currently stopped in Maharashtra.

“TMC commissioner Vipin Sharma has ordered an inquiry under the deputy municipal commissioner (health) to find out if this woman actor got vaccinated out of turn. The report has to be submitted in three days,” TMC spokesperson and DMC Sandeep Malavi told reporters.

“There are news reports that Meera Chopra was vaccinated at a centre in Thane. The inquiry will look into all aspects of the matter and recommend action if there is any wrongdoing,” Mr Malavi added.

Ms Chopra has issued a statement denying the allegation.

“I was just asked to send in my Aadhaar card. The ID that has been floating on social media is not mine. I was asked for my Aadhaar card for registration and that’s the only ID I gave. No ID is valid until it has your signature. I myself, saw that so called ID card for the first time, when it came on Twitter. I totally condemn such practices and if any such ID has been made I would want to know how and why,” Ms Chopra said in a statement on Twitter.

My statement on the articles that has been coming out fr my vaccine shot!! pic.twitter.com/wDE70YHsMo

Meera Chopra is actor Priyanka Chopra’s cousin. She has worked in Hindi, Tamil and Telugu movies.