Moderna CEO Stephane Bancel said a booster shot of COVID-19 vaccine is a good way to protect those most at risk against ever-emerging new coronavirus variants. 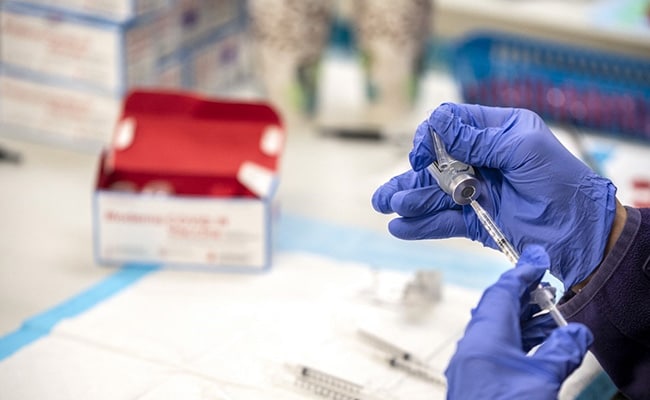 Vaccination with a booster shot among as many people as possible is a good way to protect those most at risk against ever-emerging new coronavirus variants, Moderna CEO Stephane Bancel said on Sunday.

“We believe that our vaccine will be effective for a comparable period, except that the arrival of variants increases the threat level. This is why we must anticipate and vaccinate all people at risk with a third dose by the end of the summer, in particular the residents of nursing homes who received their first dose at the beginning of the year,” Bancel told French newspaper Journal Du Dimanche.

The CEO of the US drugmaker further suggested that in order to protect the “fragile unvaccinated people,” all adults and adolescents must also receive a booster jab.

Bancel warned that three or even two months of delay in vaccinations could lead to an increase in the number of hospitalizations and deaths, which could, in turn, lead to a fourth COVID-19 wave in France.

Moderna is now testing three different booster strategies, he said. The first is against the original Wuhan strain, the second is against the South Africa strain and the third is a combination of both. The effectiveness of these three boosters is later on measured on the four variants deemed to be the most dangerous by the World Health Organization.

The company is planning to launch a study on people near early June and aims to get approval from regulatory agencies by September.

Starting May 28, the Moderna vaccine will be joining AstraZeneca and Johnson & Johnson in French pharmacies and general practitioners offices. Around 300,000 doses of the vaccine will be available in pharmacies weekly. The arrival of Moderna in French pharmacies is expected to make the vaccine more accessible to isolated elderly people or overlooked workers and will help with a speedier vaccination progress in the country as the vaccine itself can be stored in the refrigerator for up to one month.