Former Deputy Inspector General of Police (DIG) Ganesh K C, who arrested Sobhraj in 2003 from a Kathmandu casino, said, “The quick deportation of Sobhraj by the Nepal government to France was good for Nepal and for Sobhraj himself too.” 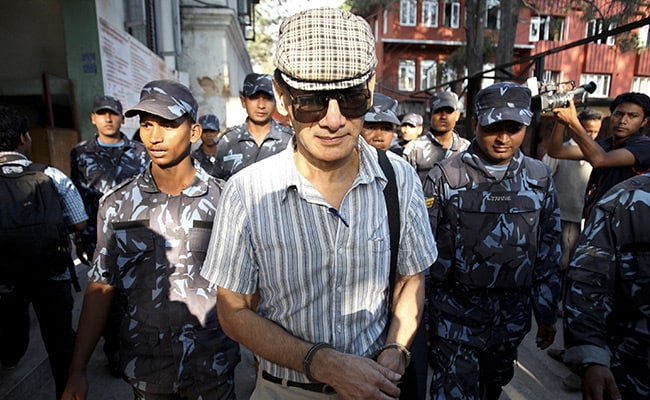 The quick deportation of Charles Sobhraj to France is good for Nepal and the notorious French serial killer too, a former senior Nepalese police officer who was instrumental in his high-profile arrest in 2003 said on Saturday.

Sobhraj was deported by the Nepal government to France on Friday, hours after the 78-year-old serial killer of Indian and Vietnamese parentage was freed from a Nepalese prison where he served most of his sentence for a string of murders of backpackers across Asia in the 1970s.

Sobhraj was released from the Central Jail in Kathmandu on Friday morning and taken in a heavily guarded police convoy to the Department of Immigration. His release came two days after the Supreme Court ordered that he be freed and deported to his home country.

Former Deputy Inspector General of Police (DIG) Ganesh K C, who arrested Sobhraj in 2003 from a Kathmandu casino, said, “The quick deportation of Sobhraj by the Nepal government to France was good for Nepal and for Sobhraj himself too. He must be happy to reach France so soon”.

He also extended his good wishes for his future.

“My good wishes are with him. May he spend his family and social life in a happy way. I also wish he would lead a spiritual life, confessing his past involvement in criminal activities,” he added.

Sobhraj’s lawyer Gopal Shivakoti Chintan said the French killer did not discuss his future plan with his lawyers before his deportation.

“We don’t know about his future plans. He had not discussed it with us…It was surprising to see him getting the media hype as if he were the biggest celebrity,” Chintan said.

Sobhraj briefly spoke to the French news agency AFP on board a plane of Qatar Airways.

He said he felt “great”.

Sobhraj flew to Doha on Qatar Airways flight QR647 and then left for Paris.

“I feel great. I have to sue a lot of people including the state of Nepal,” he said.

Responding to Sobhraj’s remarks of suing people, Ganesh said his comments show Sobhraj “did not confess his past wrongdoings and was falsely pretending that injustice was done to him.” Born in French-administered Saigon, Vietnam, to an Indian father and a Vietnamese mother who later married a Frenchman, Sobhraj was first jailed in Paris in 1963 for burglary. He was accused of committing crimes in countries like France, Greece, Turkey, Iran, Afghanistan, Pakistan, Nepal, India, Thailand and Malaysia.

Dubbed “the Bikini Killer” for his proclivity to target young women, particularly young western backpackers, and “the Serpent” for his skill at deception and evasion, Sobhraj was serving a life-term in the Kathmandu jail since 2003 for the murder of his American girl friend Connie Jo Bronzich, 29, in 1975 in Nepal.

In 2014, he was convicted of killing Laurent Carriere, a 26-year-old Canadian backpacker, and given a second life sentence.

Arrested on September 19, 2003, Sobhraj’s lifetime imprisonment would have ended on September 18 next year. Sobhraj, who committed a string of murders across Asia in the 1970s, was implicated in more than 20 killings, and served 21 years in prison in India for poisoning a French tourist and killing an Israeli national.

A life-term in Nepal means 20 years in jail.

Sobhraj was spotted in a Kathmandu casino in August 2003 and arrested. He was slapped with a life sentence for the murder after a trial. He had been linked to multiple killings of backpackers.