A Covid ICU ward in a hospital is like a T-20 match in progress. Much like in a game, as one’s eyes are constantly transfixed on the ticking scoreboard, in a hospital, one is continuously scanning the electronic display board above beds, which displays pulse rate, oxygen level and blood pressure readings. A patient’s caretaker is busy monitoring that. If the oxygen level goes up by a point, the caretaker is upbeat and the patient too feels assured. However, a drop worries both. This match then goes on for days. Then one day either the patient wins the battle or the display board above goes quiet. Life loses and the soul proceeds on its unending journey. A higher power, acting like an umpire, is making those decisions.

My mother was in the ICU for 11-12 days and I stayed as her caretaker at the Jabalpur’s Victoria hospital. While I saw a lot of people dying in front of my eyes, I also saw many others recovering and going home. My mother was one among those lucky ones who fought coronavirus, finally recovered and returned home.

On April 22 my health suddenly deteriorated. There was a suspicion that I might be Covid positive as one has to go out every day in connection with work. When the test was done, the suspicion came true and the treatment for Covid began. My friends and relatives prayed for me. Many people helped a lot during this time. I stayed home and recovered to a great extent in the first week of May. At the same time, my mother, who was alone at home in Orai, about 500 km from Delhi, contracted Covid.

She had mild fever and cough. My brother got her to Jabalpur. She was put on medication and also underwent antigen and RT-PCR test, which came positive.

Upon arrival, I dropped my luggage at home and went straight to the Victoria hospital. Victoria Hospital is the district hospital of Jabalpur. 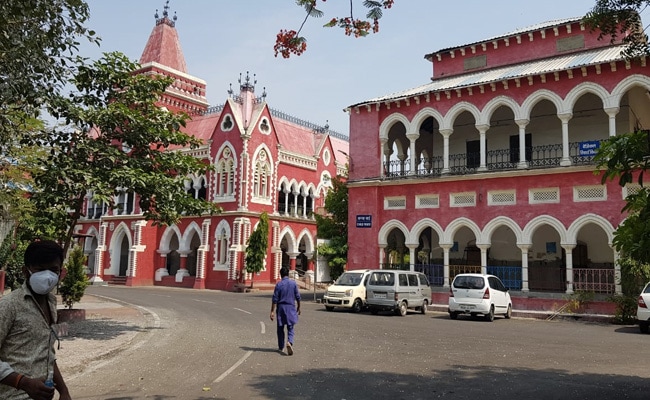 The second wave of the COVID-19 pandemic has hit the country hard.

I wondered what would be the level of treatment in a district hospital as they lack facilities. A caretaker could stay with the patient in the hospital. So I went directly to the ward where my mother was admitted. Her face lit up upon seeing me, but it was for a very brief moment. She had oxygen support, but her condition was deteriorating. She would have those panic attacks. Her oxygen level too was constantly depleting. Thankfully, the hospital was neither short on medicines nor oxygen supplies.

In the evening, the hospital gave her the first dose of Remdesivir, a key drug in the treatment of Covid, free of cost. There had been a great clamour to get this injection, not just in Delhi but across the country. Here, it was being given free to every needy patient. I was astonished to see people attending to their loved ones in the corona ward without worrying about themselves. While at such times there are many people who do not come close to the patient, their fear is also justified.

The same day – May 7 – my mother’s oxygen level plummeted further. We thought it would be difficult to save her without the ICU support. A couple of patients were also going through the same. We found out that the hospital does have an ICU facility but it has only 13 beds. I called my contacts for help. I was told by the hospital that a 35-year-old man is critical in the ICU unit; if he dies, a bed would be available. It was a testing time.

In the meantime, we started scouting nearby hospitals. There was a medical college and a private city hospital, whose owner was later arrested on charges of procuring and administering fake Remdesivir.

We got a call from the Victoria hospital’s ICU, informing us of the death of the 35-year-old man. My mother was shifted to bed number 6 in the ICU. In hospitals, patients are identified more by their bed numbers than their names. As only one person was allowed to stay with the patient in the ICU, my brother and I used to take turns to attend to our mother. I would stay through the night, while my brother would be there during the day. In ICUs, people are told in advance that the hospital staff will not be responsible for deaths. Despite no let-up in oxygen supplies, my mother’s oxygen saturation levels kept dropping, her sugar and blood pressure levels also shot up. But I kept hoping that she will get better.

Over the course of next 2-3 days, her condition further deteriorated. She stopped eating. She said she won’t survive. During this time, a 41-year-old — on bed Number 5, right next to hers — died in the ICU. The man had advised me to get protein biscuits for my mother. He said they were quite good as he had been having them. A day later he was dead. The man’s wife is a nurse at another hospital. After every death, there is an uneasy quiet in the ICU. It gets to the patients. At this point, the caretakers try the pep talk to uplift spirits. Eyes are transfixed on the display board above the beds, taking in the oxygen and heart rate readings.

The condition of most of the patients lying on the beds was such that they could neither go to the washroom nor eat anything by themselves, they need such care which only a family member can provide. The patients break down mentally after seeing deaths all around. In such a situation, if no household member is with them, they feel helpless. I felt this constantly during my stay there. May be this is the reason that in most places corona patients are dying in big numbers as there is no one to take care of them during this difficult time.

With the treatment in the ICU, the oxygen level of my mother climbed up and after 2-3 days, she was put on a liquid diet. Gradually, we became friends with other patients and their caretakers there. We tried to cheer them up. The sound of the ventilator would echo in our ears all day long. And I got used to it. My mother kept getting better. During this time, some 2-3 patients had recovered and went home. We told this to our mother. But new patients would soon replace the old ones. Every caretaker was on alert mode 24 hours. The doctors and nurses were always available. I observed that patients whose oxygen levels dipped slowly and came back up gradually, they got better with time. However, patients whose oxygen levels fluctuated steeply were among those who were dying.

The next person to die in the ICU was local journalist Vinod Shivhare. He had been in the ICU for a month. His sons said their father had recovered but his condition deteriorated suddenly and he died after a long treatment. Even as Mr Shivhare’s body was taken out, another had come to occupy the bed.

Slowly getting better and under the influence of medicines, my mother would sleep most of the times. She would speak a bit in between. At night, a few patients would lose their oxygen mask and they would have panic attacks, but the hospital staff was alert and so were the caretakers present.

At bed Number 7, there was an elderly woman. When she was admitted to the ICU her oxygen level was quite low. Her husband and son-in-law would attend to her. She had lost her only male child years ago. She would fight with her husband, but he would feed her and help her with other things. She would often check with me if her oxygen readings were fine or if her oxygen jar had water in it. I would tell her it is all very good and that she would soon be better. The woman’s husband too contracted Covid but he never told her. One day, while she was arguing with her husband, someone told her that her husband too is Covid positive. She burst out crying.

The same night a 40-year-old man died. The man’s wife had a teaching job in a nursing college. She kept telling him to hold on, saying she would not be able to raise two girls by herself. At 5:30 in the morning, the lines on the display board went flat. She understood. She asked for the nurse, I dashed to get one. She performed CPR on her husband, the display board moved a bit but then again nothing. He was declared dead.

The next day a woman died in the ICU. A certain Mr Khurana, on bed Number 1, and a few others were shaken by the incident. Mr Khurana wanted to be taken out of the ICU. At such moments, we would draw the curtains around our mother’s bed. But she would understand that someone has died. As soon as the bodies are taken out, new patients would come in. And so it continued.

One day, the oxygen in the ICU stopped for 3-4 minutes. The patients started to suffer. I was instantly reminded of the oxygen horrors in Delhi hospitals. So I found out where the oxygen comes from. It turned out that the hospital has an oxygen plant and there is also an oxygen cylinder store for backup. The police also visits in the morning to check oxygen supplies. The daily report goes to Collector Karmaveer Sharma. When I spoke to Karmaveer Sharma on the phone, he said that he is personally monitoring all the arrangements for the Covid patients.

My mother was in the ICU for 11-12 days and is now home. Victoria Hospital has changed the image of government hospitals in my mind. From Remdesivir to most other medicines were free here. The nursing staff was very cordial. I would also like to commend a young doctor, Santosh Rupale who would come to the ICU every day, talk like a family member to patients, give time to everyone. He would also decide who needs a ventilator and who does not. My special thanks to the hospital’s senior doctor Neelkamal Suhane and friend Yatindra Sharma, who helped me a lot.

I’d also like to thank IPS officer Ashutosh Pratap Singh, who helped us in every turn during a difficult time.

Thanks to all the well-wishers, who kept calling to ask about us. There were slackers here as well but then the good ones outnumbered the bad ones.

The memories of those days are still fresh in our mind. The relatives of people who are still admitted there call and ask about the well-being of our mother. We also have their numbers. We call and ask if they are still in ICU or have gone home.