The country has been in turmoil since the military detained Suu Kyi and seized power, triggering a massive uprising that the junta has sought to quell with lethal force. 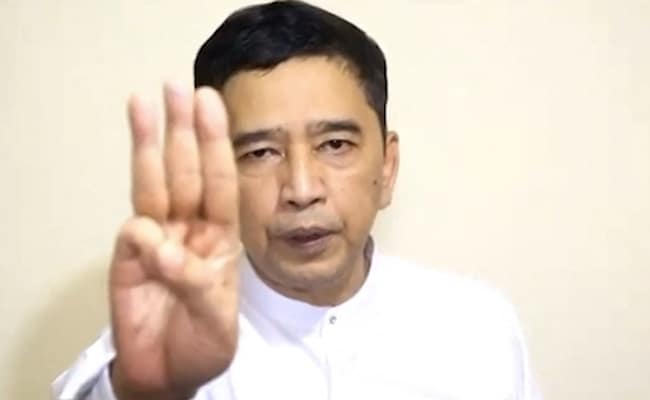 This screengrab from a video released by the Committee for Representing Pyidaungsu Hluttaw (CRPH).

The country has been in turmoil since the military detained Suu Kyi and seized power, triggering a massive uprising that the junta has sought to quell with lethal force.

Besides demanding for democracy’s return, protesters are also increasingly calling for more of a governing role for the country’s minority groups — which have long seen their voices marginalised by the ethnic Bamar majority.

The Committee Representing Pyidaungsu Hluttaw (CRPH) — a group of lawmakers mostly from Suu Kyi’s party attempting to govern underground via a shadow parliament — on Friday announced its leaders.

Helming the so-called “National Unity Government” is Suu Kyi, in her position as State Counsellor, and President Win Myint — who is also under house arrest and facing a barrage of charges from the junta.

They are flanked by a vice president who is ethnic Kachin and a prime minister who is ethnic Karen, said Min Ko Naing, a prominent democracy leader, in an address on the CRPH’s official Facebook page.

“We have organized a government which has the largest number of ethnic minority groups,” he said.

The politicians were chosen based on results from the 2020 election, input from a nationwide anti-coup protest movement, and ethnic minority groups — including armed rebels in the country’s border territories, said Min Ko Naing.

“We have to pull it from the root… we must try to eradicate it,” he said, as he raised the three-finger salute — the symbol of resistance

“Only the people can decide the future.”

The junta has said anyone working with the CRPH is committing “high treason”, and have announced arrest warrants for hundreds of prominent activists and politicians — some of whom now hold positions in the new “National Unity Government”.

But the country’s political fate has long been tightly held by the Bamar majority — first under a nearly five-decade junta regime which forced a so-called “Bamarisation” on minorities; and then under Suu Kyi’s administration.

Since the coup, more than 720 people have been killed in anti-coup unrest, according to the local monitoring group.

Pfizer Says Its Shot Remains More Than 91% Effective After 6...