Namrata Shirodkar made the best use of Throwback Thursday 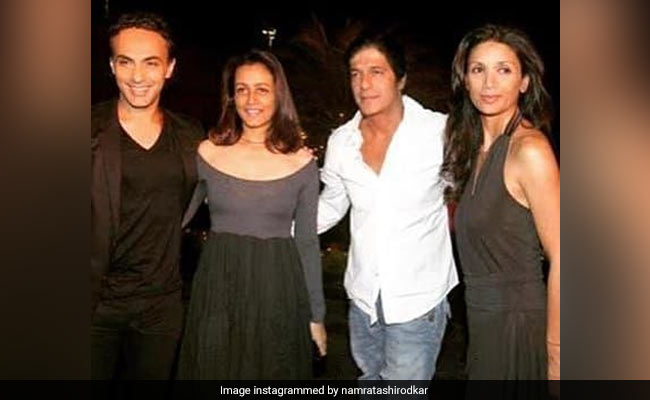 Namrata Shirodkar, making the best use of Throwback Thursday, shared a picture from the good old days along with her friend and supermodel Mehr Jesia. Wait, the picture also features Bollywood actor Chunky Panday and filmmaker Mozez Singh. Namrata Shirodkar did not reveal when or where the picture was taken but we simply love it. She captioned it: “Throwing it way back to good old times.” She added the hashtag #TBT. While Chunky Panday’s reaction is awaited, Mehr Jesia and Mozez Singh dropped heart and hug emojis in the comments section.

Mehr Jesia often features on Namrata Shirodkar’s throwbacks. Last year, Namrata Shirodkar shared a memory from a photoshoot that they did together and she wrote: “Throwback. Another world… another time. Never had this in my books. Work mode.” She added the hashtag #footlooseandfancyfree# and #memories to her post.

ICYMI, this is the post we are talking about:

Namrata Shirodkar, who was Miss India 1993, is best-known for her performances in Hindi movies like Kachche Dhaage, Pukar, Astitva, Albela and Dil Vil Pyar Vyar. She has also featured in Kannada, Telugu and Malayalam films. She also starred in 2004’s Bride And Prejudice, co-starring Aishwarya Rai Bachchan. She is married to Telugu superstar Mahesh Babu, whom she met while filming 2000 film Vamsi and the couple are parents to a son named Gautham and daughter Sitara.

Chunky Panday is best known for his role as Aakhri Pasta in the Housefull series of films. He made headlines for his villainous avatar in Prabhas’ Saaho. Last year, he featured in Jawaani Jaaneman and also had a role in Baaghi 3, starring Tiger Shroff and Shraddha Kapoor.

Bharat Biotech To Scale Up Covaxin Production To 1 Billion Doses...