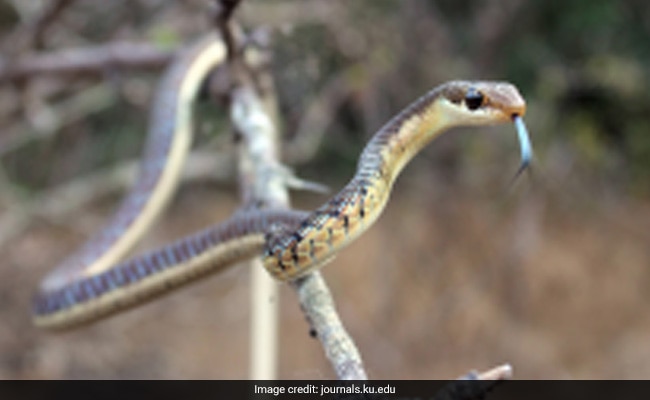 The study recorded a total of 329 snakes in 23 species and nine families.

Eight more species have been added to the national capital’s list of snakes after an extensive five-year study conducted by researchers from the Delhi University.

This has taken the number of snake species recorded in the capital to 23, updating the 1997 list mentioned in the book ”Fauna of Delhi” that is widely used to track Delhi’s native species, according to Gaurav Barhadiya, a researcher from the Department of Environmental Studies, Delhi University, who conducted the study.

The findings were revealed last month.

Professor Dr Chirashree Ghosh from the Department of Environmental Studies, who supervised the research, said documentation of urban biodiversity is an urgent requirement as latest statistics and generated data on urban floral and faunal biodiversity has not been compiled and documented properly.

“Rapid urbanization is heavily impacting the animal and reptilian population, including snakes. The future planning should be inclusive of preservation of its green spaces and wildlife,” she said.

Delhi is an important site for conservation, as it comprises the last spurs of ancient Aravalli mountains in the form of a ridge, which is now in fragments either in the form of urban forests or urban parks and experiences regular snake occurrences in and around houses, gardens, and industrial areas, Mr Ghosh said.

This means it still holds good potential and provides an opportunity to conserve the native flora, fauna, and biodiversity amidst a densely populated urban area, she said.

Unfortunately, snakes in Delhi have never received priority as compared to the other groups like mammals and avian diversity. Therefore, no significant studies have been published on the occurrence of snakes in the capital, Mr Barhadiya said.

“Most snakes we encountered were non-venomous and are harmless and thus, people should not be afraid and kill them on the spot. Persecution of snakes, road mortality, lack of knowledge, habitat modification, and habitat fragmentation are the major threats to snake species in urban Delhi,” he said.