Jets fans are in disbelief this particular Monday. Their team just knocked off the Super Bowl favorites Buffalo Bills, and those who backed them on the moneyline at +450 made a killing at the New York metropolitan area’s legalized sportsbooks.

But was this a short-term gain, or a sign that Robert Saleh’s team is a legit contender for a Super Bowl title? We will not have an answer for several weeks, and we will not see them again until they take a 13-game losing streak against Bill Belichick into their next game. That’s two Sundays from now against the New England Patriots in Foxboro, Mass.

But for a day, the Jets were all anyone was talking about, especially with baseball finished, the Nets and Knicks on the road, Kyrie Irving suspended, and Aaron Judge untouchable for a few more days (Baseball free agents cannot talk actual dollars with other teams until Thursday.)

OK, New Yorkers were talking about the weather, too, because Mother Nature delivered a sunny day in the mid-70s. And a few folks had something to say about the Martha commercials on ESPN, along with politics, what with Tuesday being an Election Day that will have wide-ranging implications.

But mostly, those fortunate enough to have working water coolers at their offices were practically at a loss for words after watching Jets quarterback Zach Wilson and running backs Michael Carter and James Robinson, along with the Jets’ defense, knock off the Super Bowl favorite Buffalo Bills 20-17 Sunday.

What Was The Short Term Impact on the NFL Futures Market?

The loss knocked Bills quarterback Josh Allen from the favorite spot in MVP futures markets, as he dropped to +250, the same odds as Philadelphia’s Jalen Hurts and slightly longer than Kansas City quarterback Patrick Mahomes at +200.

The Jets dropped from +15000 to win the Super Bowl to as low as +6000, which are shorter odds at most books than those belonging to the New York Giants. The Giants were enjoying a bye week and will be back in action next Sunday against the worst-in-the-NFL Houston Texans.

Savvy gamblers noticed that BetRivers had both teams at +6600, while WynnBet was the best option in New York for GangGreen believers, with the Jets listed at +10000.

Which Sportsbooks Took The Worst Beatings?

The Jets were +450 on the moneyline Sunday, and BetMGM took a beating with 65% of bets and 45% of moneyline handle coming in on the team coached by Robert Saleh, who is now +800 for Coach of the Year. That’s the same odds as those for Giants coach Brian Daboll, who still has two chances to move to the top of that list when the Giants play the undefeated Eagles on Dec. 11 and Jan. 8.

Why BetMGM got clobbered harder than the others is an interesting question for which there are no easy answers. But that sportsbook has been getting beaten on a weekly basis on Jets and Giants games. Those who have been betting against MGM have done quite well. But stock market watchers anticipate that MGM’s Empire City Casino (also known as Yonkers Raceway) will be America’s highest-grossing casino a year from now once New York issues three downstate casino licenses. 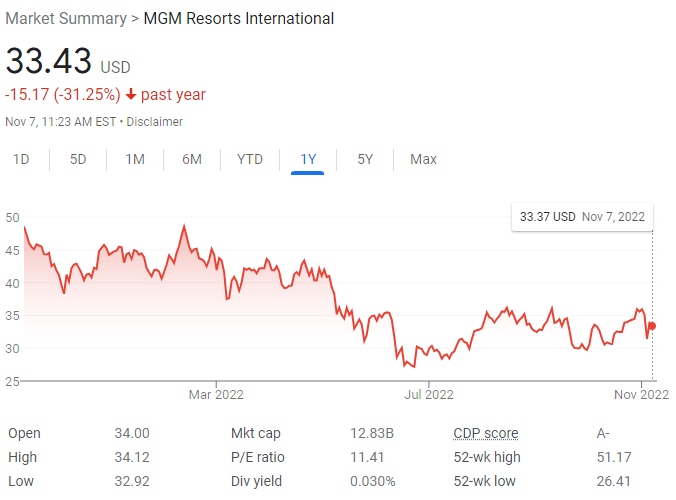 Where Are the Best Jets Odds In Their Bye Week?

The Jets have the longest active postseason drought in the NFL at 12 years, and they play in the only division — the AFC East – in which every team has a winning record. They are a half-game behind the Bills and will see them again in Buffalo on Dec. 11. Their only other game against a divisional opponent (aside from two Sundays from now at New England) comes in the season finale against Miami on the road.

But their schedule also includes a road game at Seattle, which leads the NFC West, and a road game against the NFC Central-leading Minnesota Vikings. So they will need to win their remaining three games against weak opponents — Jacksonville, Chicago, and Detroit — just to make it to the postseason as a wild card.

Because of the difficulty of that schedule, they are +2000 to win the AFC East. Those are the same odds that the Patriots have, a testament to how tough their division is.

Still, their backers are learning that the old Rex Ryan formula of a ground-and-pound offense combined with a stout defense can yield rewards, and they have now shut down Allen and Aaron Rodgers, while also having stunning fourth quarter successes against Pittsburgh and Cleveland.

“I don’t see the Jets winning the division. What I see is the beginning of a promising rebuild that has them performing better than anyone expected. But I still see Buffalo as the class of that division,” said Fordham University sports journalism professor Barry Wilner, who covered the NFL for 46 years for the Associated Press.

If you are a Jets fan, you can see there really is a process in play with their young core.

But all Jets fans have felt snakebitten ever since Ryan’s 2010 Jets lost the AFC championship game 24-19. The Jets defense could not stop Ben Roethelisberger from getting two crucial first downs in the final three minutes, prevening the Jets from getting the ball after they had come back from a 24-3 halftime deficit.

There is a defeatist attitude among Jets fans that whatever could go wrong will eventually go wrong, and that mindset is one of the obstacles Saleh is having to try to overcome.

“I know a lot of people are going to be surprised, right?” Salah asked rhetorically after the victory over the Bills. “I don’t think there’s a single person in our locker room that’s surprised.”

“We know the confidence that we have,” Zach Wilson said. “And I think the greatest part is that nobody in that locker room cares what anybody says outside of here. We’re locked in.”

Congrats to all those Jets fans who took the moneyline, or the spread. And remember, even if you missed out, at least you did not have to pay anything off publicly, as this ABC newswoman did. (Remember: Keep gambling fun!)

Well, here I am… unwillingly being photographed in a Jets jersey, fulfilling my end of the bargain 🫠🫣@TrooperBob_SC and I had a friendly wager on the Bills game… and I lost

Good thing we meet again this season — on OUR turf

What should our next bet be, #BillsMafia pic.twitter.com/y0TIBh2wu2

The post New York Jets The Toast Of The Town, And BetMGM Gamblers Cashed Large appeared first on Casino.org.