The gap between Madhya Pradesh’s official fatalities and registrations at its cremation grounds and burial sites is huge. 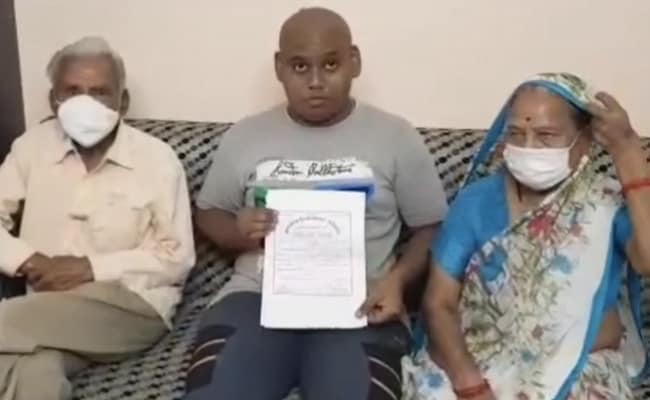 Hanusheesh, 16, is unlikely to get any aid since his parents’ death certificates don’t mention Covid.

Hanusheesh lost both his parents to Covid in April. But the 16-year-old from Bhopal is unlikely to get the free education and monthly stipend announced by the Madhya Pradesh government for orphans of the pandemic’s victims. Simply because he has no poof of his parents dying of the disease.

His father was an LIC agent and his mother an assistant professor at the Government Jaywanti Haksar Post-Graduate College, Betul. They died within a few days of each other at a private hospital. Hanusheesh, too, had tested positive but recovered. Despite several rounds of the Bhopal Municipal Corporation, the death certificates he received for his parents do not mention Covid as the cause.

“The hospital certificate and the crematorium say the death was due to corona. We deposited both in the municipal corporation, but till the death certificate does not say it, we can’t claim government aid,” Hanusheesh told NDTV.

In May, Chief Minister Shivraj Singh Chouhan announced a compensation of Rs 1 lakh to relatives of the victims of the second Covid wave. For families of government servants, the amount is Rs 5 lakh. Children orphaned have been promised free education and a monthly stipend of Rs 5,000.

Yet, many such deaths are not being registered as they ought to be. In the state capital, it is has been noticed that certificates issued by government hospitals mention Covid in the comment column, the Bhopal Municipal Corporation leaves them blank for victims dying at private hospitals.

The teenager, thus, has been left high and dry. And he isn’t alone in his predicament.

Mukesh Khare’s wife Priti, a revenue official in Bhopal’s Huzoor tehsil, died of Covid while on pandemic duty last November. She, too, died at a private hospital.

“We tried to get compensation as she was a corona warrior. But the government says the last date for that (policy) was October 30 last year,” Mr Khare said. “So, she is not eligible, and now her death certificate also does not mention Covid as cause of death.”

The government has another defence, too.

“The scheme for corona warriors was for those who died in the second wave, it was implemented in March,” said Medical Education Minister Viswas Sarang.

Up to 8,019 people have died of Covid in Madhya Pradesh, according to official figures till date. But in Bhopal alone, between April and May 15, over 4,000 last rites were performed following Covid protocol.

The gap between the state’s official fatalities and registrations at its cremation grounds and burial sites is huge.