Monday, December 6, 2021
Rajpostexam.com Single Spot For Worldwide Information And News
Home Trending News ‘No Hate In My Heart When He Walked Free’: Sabrina Lall On...
FacebookTwitter 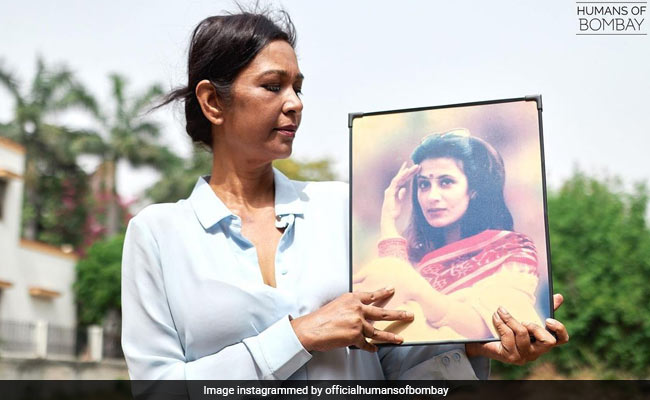 Sabrina Lal still remembers that night clearly, even though it was 22 years ago. “At half-past 12 that night, I got a call on my office landline saying, ‘Come to the hospital immediately. Shona’s hurt’,” Sabrina said, recounting the fateful night. “Then, the voice, on the other end, uttered the words that changed my life forever – ‘Your sister, Jessica Lal, has been shot.'”

She fought a long battle to finally bring her sister Jessica’s killer to justice. In an interview with Humans of Bombay, Sabrina spoke about the tragedy that changed her life forever. She said that she and her elder sister shared a “connection” despite a three-year age gap. “She’d feed me, tell me stories and sing me to sleep. We grew so close that I started telling everybody, ‘I have 3 mothers now… Maa, Masi and Shona’.”

Speaking about the night Jessica was killed, Sabrina said, “On April 30, Shona dropped by my new office to wish me luck and invited me to Tamarind Court, but I had too much work. Before leaving Shona said, ‘I’ll be flying to Dubai soon. You’ll regret not coming tonight.’ I laughed it off saying, ‘Maybe tomorrow.'”

A few hours later, Sabrina received a call about Jessica’s death. She says there was panic in the air and everyone was at the hospital — police, Delhi’s top socialites, and journalists.

She told her inconsolable parents that Jessica would be fine. “I ran straight to the doctor and yelled, so what if the bullet is in her head? Just remove it. The severity of the situation still hadn’t sunk in,” she said.

Jessica died on the way to another hospital, where she was being moved for better treatment. She was 34. “Dad cried bitterly but Mom and I couldn’t shed a single tear; this was beyond reality to us.”

Jessica Lal was shot dead on April 30, 1999, by Manu Sharma, son of former union minister Venod Sharma, after she refused to serve him liquor at the Tamarind Court restaurant.

“That was it for me! My blood boiled – my sister’s life was more valuable than a Rs 1000 or a glass of wine!” Sabrina added. Given the nature of the crime, she was sure that it would be an open and shut case. “After all, over 100 people had witnessed it! Little did I know that my fight for justice had just begun,” Ms Sabrina added.

She explained that the pressure from Manu Sharma’s family and hostile witnesses almost jeopardised the case. “Once, Mr Manu Sharma’s parents came home with a bouquet. On one hand, they were threatening witnesses, on the other, they were playing the sympathy card,” she said.

On February 21, 2006, Sabrina received a call from a journalist who informed her that Manu Sharma had been acquitted due to lack of evidence. “The next day, as all the newspapers carried the headlines, ‘No one killed Jessica’, I hugged dad and broke down, ‘How did he get away?’ I asked. But by then, dad had had 4 strokes; he couldn’t even understand me,” she said.

She then recounts the candlelight march organized for Jessica and said she never seen so many people gather to fight for one person. “I think the trigger was that Jessica could’ve been anybody. That night, as thousands consoled me, I knew that it was no longer just my fight… Jessica had become India’s daughter and every Indian was fighting for her,” she added.

Manu Sharma was convicted in 2006 for killing Jessica Lal. He was sentenced to a life term.

Sabrina was desperate to lead a “normal life” after Manu Sharma’s arrest, away from the glares of the camera. This would allow her the time to grieve for her sister for the first time. She also started a foundation in Jessica’s name.

Last year, Manu Sharma was freed from prison for “satisfactory jail conduct”. Sabrina said that she was at peace now, and when Manu Sharma walked out of jail after 14 years, there was no hate in her heart. “Little did I know that 14 years later, all that hate would simply vanish and I’d wish for nothing but happiness for the man who killed my sister,” she said.

“I’m glad he was starting afresh just like I had. It was like a circle coming full, and I could see my Shona smiling down upon me as if to say, ‘You’ve fought a good fight, just let go now,'” she added.