In a heart-breaking 12-minute video appeal, the wife alleged doctors and hospital staff refused to attend to her husband, even to change dirty and soiled sheets 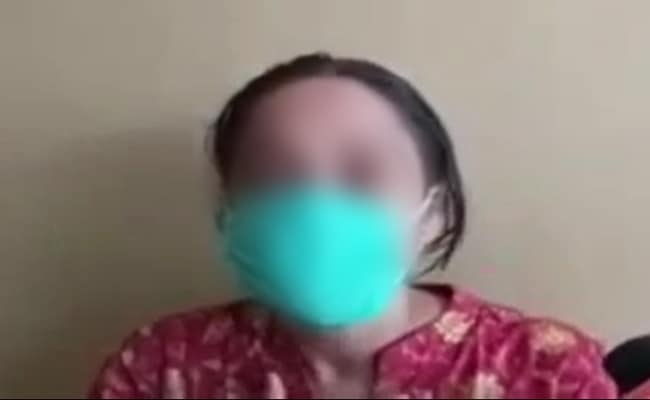 A woman trying to get her husband treated for COVID-19 at a private hospital in Bihar’s Bhagalpur has accused a staff member of sexual harassment and doctors at the city’s Glocal Hospital and two others – in Mayaganj and Patna – of negligence leading to his death.

In a heart-breaking 12-minute video appeal, the woman alleged doctors and staff at all three hospitals refused to attend to her husband, even to change dirty and soiled sheets on his bed.

She also accused staff at the Bhagalpur hospital of wasting half a vial of Remdesivir – the hugely expensive and difficult-to-procure antiviral drug used in the treatment of COVID-19.

“My husband and I stay in Noida. We came to Bihar for Holi… it was a family get-together. On April 9 he fell ill… had high fever. We tested for coronavirus twice, but it was negative. While we were waiting for RT-PCR test results a Noida doctor told us to get a chest CT,” she said.

The scan, she said, showed 60 per cent infection of the lungs. The following day he, and her mother, were admitted to Bhagalpur’s Glocal Hospital.

“We admitted them – my mother was also unwell – to the ICU… but there was so much negligence! Doctors used to come and go in minutes… attendants were missing and refused to give the medicines. My mother was in better condition but after a point my husband couldn’t speak. He’d signal for water, but nobody gave him any,” she said.

“There was one man – Jyoti Kumar. He was an attendant at Glocal Hospital. I requested him to help… to give my husband clean bedsheets. He said he would help but when I was talking to my husband, my dupatta was yanked from behind. I turned around… he was smiling with his hand on my waist. I snatched the dupatta back… but couldn’t say anything because I was afraid. ‘My husband is here, my mother is here,’ I thought, ‘If I say anything they will do something to them’.”

Following the visit of local government officials to inquire into these allegations, Glocal Hospital has now suspended the accused employee.

The woman, who appeared barely able to contain her tears and anger, then spoke of more shocking experiences in Mayaganj and Patna, where her husband was referred to for further treatment.

In Mayaganj, at the Bhagalpur Government Hospital, she claimed doctors on night shift refused to attend to her husband or even give him oxygen despite desperate appeals from herself and her sister.

In Patna (at the city’s Rajeshwar Hospital), she accused staff of negligence even as his oxygen levels dropped alarmingly low. And after that stabilised, she said, they cut his supply and she was forced to buy cylinders from the black market.

Bihar is one of the states most affected by the second Covid wave; officially over 11,000 cases and 67 deaths were reported in the previous 24 hours. The active caseload in the state is well over one lakh.

US To Restrict Travel From India From May 4 Amid Covid...