The number of daily new coronavirus cases in India on Saturday topped the 400,000 mark for the first time, pushing the total infections to more than 19 million. 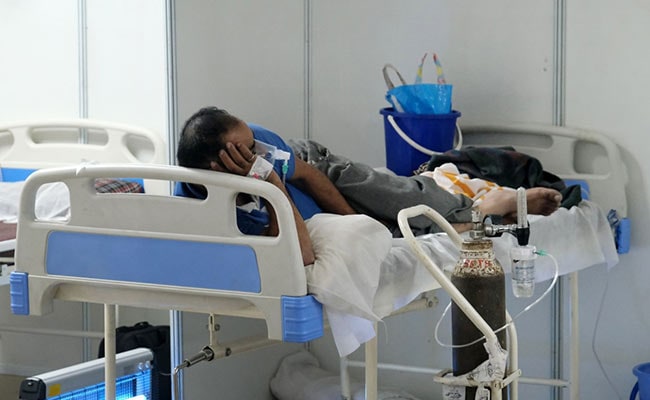 A patient receives medical oxygen in a ward at the Covid-19 Care Center in New Delhi.


Jaspreet Rai is desperately trying to do her part for the country she left more than 30 years ago: help its people breathe.

Rai, 53, who moved to Endicott, New York — the birthplace of IBM — from Punjab, is the founder of Sanrai International, a provider of oxygen concentrators. With India now the epicenter of the pandemic, counting about 3,500 Covid-19 deaths daily, and oxygen supplies running out, Rai has rushed to help her former homeland cope with its worst crisis in recent history.

“This is probably the hardest time they’re going through,” Rai said of her 100-strong staff on the ground, who will supply 30,000 units across India in May, several times the 1,500 Sanrai normally provides in a year. “When you don’t have equipment, and you’re trying to hold people, and they’re gasping, literally gasping for air. And you’re like, look, I’ve sold my last unit, I have to wait until the next stock comes in.”

Like Rai, millions of Indians spread across the globe — one of the world’s largest diasporas — are trying to do what they can to help their country of origin as heart-wrenching images of people lining up for oxygen cylinders, waiting outside hospitals for a bed or huddling around funeral pyres flash across their screens. Some have been unable to do anything to save family members who have succumbed to the disease.

The number of daily new coronavirus cases in India on Saturday topped the 400,000 mark for the first time, pushing the total infections to more than 19 million.

The diaspora is collecting funds, lobbying governments in countries where they reside and making pledges to shuttle essential supplies and equipment. But the scale of the task is leaving many feeling helpless as the health-care infrastructure in the world’s second-most populous country teeters on the brink of collapse.

“They need doctors and hospitals,” said Venktesh Shukla, general partner at Monta Vista Capital in Silicon Valley. “I’ve been struggling for the last three to four days to figure out what to do. Like a lot of Indians, we want to do something. We just can’t find a short-term solution to help.” 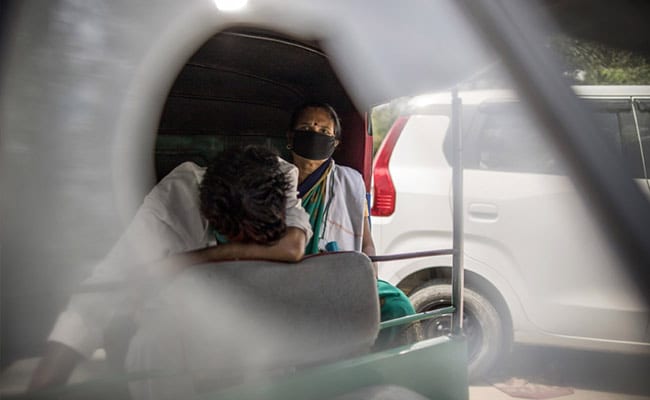 A woman waits with her son in a rickshaw they seek medical oxygen at a Gurdwara in New Delhi.

In spite of that frustration, the need to “do something” in the face of the unfolding tragedy is spurring many into action.

Like Sudhir Ravi. Little did Ravi know he would be embarking on a humanitarian mission when the Chicago-based private equity boutique TJM Capital Partners, where he is an operating partner, bought the largest U.S. supplier of military-grade oxygen generators in a strategic acquisition in April.

But with Covid raging, Ravi soon identified 11 industrial strength oxygen concentrators between the U.S. and Germany that can be distributed to hospitals in India. The devices can offer oxygen to 50,000 people in the next six months.

For the last week, he and Raghu Gullapalli, a close contact and executive director at the LV Prasad Eye Institute in Hyderabad, have been frantically looking for ways to get them to India, requesting the services of Amazon and FedEx. A consortium of Indian philanthropists have committed to cover the $100,000 cost of shipment, and Ravi said they’re hoping to get the cargo in the air on May 5.

In the U.K., home to around two million Indians, aid has come from people like steel magnate Lakshmi Mittal and Karan Bilimoria, who helped draw support from companies as the first Indian head of the Confederation of British Industry.

“We are focused on getting this help that is desperately needed as quickly as possible,” said Bilimoria, whose company produces Cobra beer, a staple of Indian restaurants in the U.K. Air Liquide SA, the French gas supplier that helps create the bubbles in Bilimoria’s beer, has pledged its oxygen production in India to support Covid patients.

Mittal’s Indian operations are providing 210 metric tons of liquid oxygen a day. “Helping the people of India means helping India, and that’s crucial for the entire world,” he said in an emailed statement.

The charitable foundation of U.K.-based billionaire brothers Mohsin and Zuber Issa, who bought supermarket chain Asda, donated 2.5 million pounds ($3.5 million) to four hospitals in the western Indian state of Gujarat, from where their family hails.

As life in the U.K. and the U.S. edges ever closer to pre-pandemic normal, for Indians abroad worrying about family and friends, the unequal access to vaccines is becoming evident. Only 2% of the people in India have been fully vaccinated compared with 30% in the U.S. and 21% in the U.K., according to the Bloomberg Vaccine Tracker.

Monta Vista’s Shukla said he and 60 other influential Indians lobbied to convince the Joe Biden administration to free up vaccine supplies and steroids. The U.S. has decided to start shipping drugs like AstraZeneca’s vaccine and Remdesivir to India.

Yet for all that, there’s only so much even powerful Indians can do remotely as raw material and equipment shortages, freight delays and labor limits hamper efforts on the ground.

“There’s only so many oxygen concentrators available in the market,” said Jitesh Gadhia, a British politician and a trustee of the British Asian Trust who has helped lead the U.K. government’s response and engagement with suppliers. “I am concerned that so many people trying to buy a limited stock will just raise prices. What we need is more supply.” 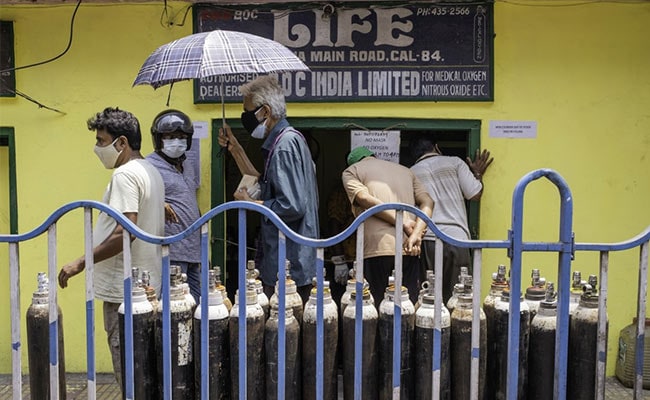 People visit an oxygen refilling station that has run out of cylinders in Kolkata.

And that won’t be easy. While in Endicott Rai is trying to find charter flights to get around bottlenecks to transport her oxygen concentrators to India from China, she said units her company can provide in a month “could probably just be used in one day.”

Rai, who started her company after her asthmatic grandmother died in 2008 needing oxygen, said she’s saddened by the continued fight in India over something as essential as the air one breathes.

“I couldn’t understand how something so basic as oxygen was so complicated,” she said. “And that question is what I’ve been trying to answer for the past 13 years.”

"I Was Completely Destroyed": Veda After Losing Sister Due To Covid