The fire that ravaged the 13th-century monument two years ago melted some 300 tonnes of lead panelling in the roof, spewing the metal across large swathes of the city. 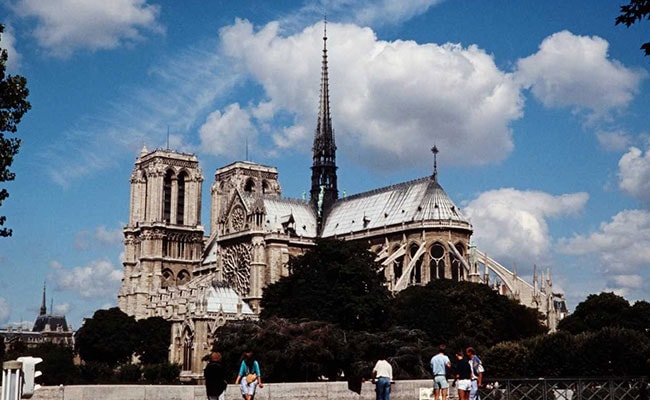 The square in front of Notre-Dame cathedral in Paris has been closed to the public after tests again revealed high concentrations of toxic lead particles, the Paris police department said Tuesday.

The fire that ravaged the 13th-century monument two years ago melted some 300 tonnes of lead panelling in the roof, spewing the metal across large swathes of the city.

Exposure risks prompted authorities to forbid access to several areas and even some schools during extensive clean-up operations, with blood tests urged for children and pregnant women.

The square was reopened a few weeks after the fire, with officials promising regular testing of the site.

“Results from the most recent tests showed lead dust concentrations higher than the normal levels for Paris at certain points in the square,” the police department said in a statement.

It will reopen after a new cleaning operation and “all readings are back to sufficiently low levels”, it said.

While the spire collapsed and much of the roof was destroyed on the evening of April 15, 2019, the efforts of firefighters ensured the great medieval edifice survived the blaze.

But the lead risks delayed work on clearing debris and launching the restoration effort for the gothic landmark, which President Emmanuel Macron wants open for visitors in time for Paris’s hosting of the 2024 Summer Olympics.

Investigators have yet to determine the cause of the blaze, but they have said an accident, possibly caused by a short circuit or discarded cigarette butt, remains the most likely explanation.

In Biden, Angela Merkel ‘Vaccine Feud’ Over India Plan, Over To...