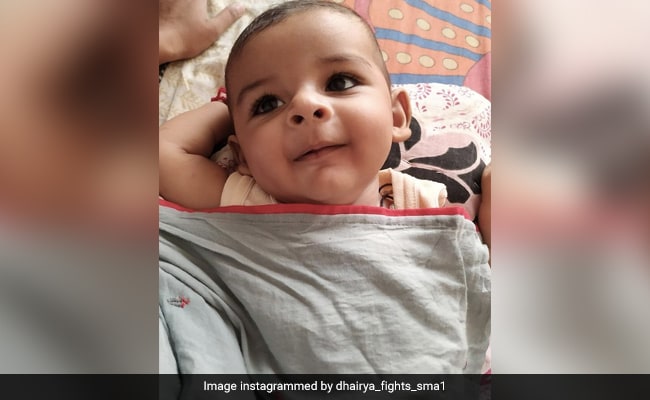 Dhairyarajsinh Rathod was diagnosed with Spinal Muscular Atrophy Type I.

Paying Rs 16 crore for one injection may seem like an impossible task for most people but that is exactly what the parents of a five-month-old boy in Mumbai have managed to do – thanks in small part to generosity of over 2 lakh people they barely knew.

Parents of Dhairyarajsinh Rathod, who are from Ahmedabad, were devastated to learn of the rare genetic disorder called Spinal Muscular Atrophy Type I that their child was diagnosed with shortly after he was born.

Because of the disorder that affects the nervous system, doctors said he would not make it past two years of age. The only way he could survive was if they could pay for and import a drug called ‘Zolgensma’ which costs Rs 16 crore for one dose and is labelled as the world’s most expensive drug.

“If we could sell everything and exhaust our savings then also we would not be able to afford it,” the father Rajdipsinh Rathod said. 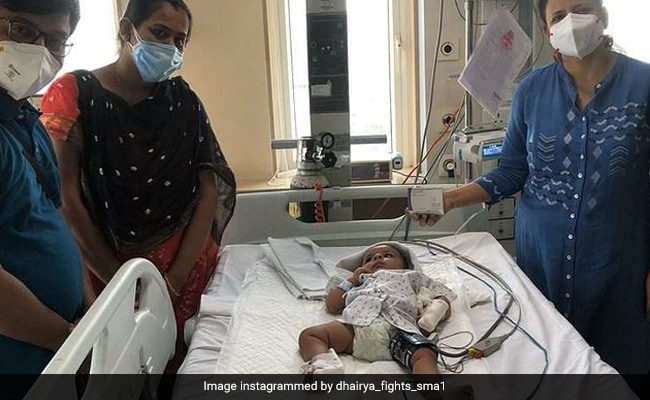 Dhairya was administered the one-time injection Zolgensma on Wednesday.

Doctor Neelu Desai, a Child Neurologist at Mumbai’s PD Hinduja Hospital said, “The disease is found in one child out of 8-10,000 children. If the disease is not treated at the right time, there is a great risk to the life of the child.”

Not in their wildest dreams did they think thousands of strangers would come together to help them. But that is exactly what happened thanks to the crowdfunding platform ImpactGuru.

In just 42 days, more than 2.6 lakh people donated enough money to pay for the Rs 16 crore shot and on Wednesday, little Dhairya was administered the one-time injection and is said to be doing well.

“It’s not like the money was collected from millionaires. Common people have helped in this. More than 2.64 lakh people gave the money,” Rajdipsinh Rathod said.

Developed by the US biotechnology startup AveXis, which was acquired by pharmaceutical giant Novartis, Zolgensma was cleared for use in the US in 2019 and in UK this year.

According to the UK’s National Health Service, the treatment is given as a single intravenous infusion and contains a replica of the missing gene SMN1 that can enable mobility in babies and young children suffering from the rare genetic condition.

The active ingredient onasemnogene abeparvovec passes into the nerves and restores the gene, which then produces proteins necessary for nerve function and controlling muscle movement. The dose is determined based on the weight of the patient.

In studies Zolgensma has helped babies to reach milestones such as breathe without a ventilator, sit up on their own and crawl and walk after a single infusion treatment.

Auto-Payments of Bills, Subscriptions May Face Hiccups Due to New RBI...