The administration of US President Joe Biden projected that the Colonial Pipeline, source of nearly half the fuel supply on the US East Coast, would restart in a few days and urged drivers not to top up their tanks. 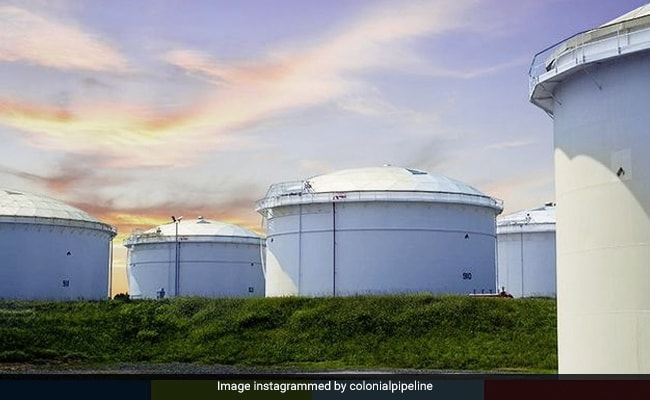 Colonial was shut on Friday after hackers launched a ransomware attack


Gas stations from Florida to Virginia began running dry and prices at the pump rose on Tuesday, as the shutdown of the biggest US fuel pipeline by hackers extended into a fifth day and sparked panic buying by motorists.

The administration of US President Joe Biden projected that the Colonial Pipeline, source of nearly half the fuel supply on the US East Coast, would restart in a few days and urged drivers not to top up their tanks.

“We are asking people not to hoard,” US Energy Secretary Jennifer Granholm told reporters at the White House. “Things will be back to normal soon.”

Colonial was shut on Friday after hackers launched a ransomware attack – effectively locking up its computer systems and demanding payment to release them.

The company said it is making progress and hopes to restart a substantial portion of operations by week’s end. The company said it has taken delivery of an additional 2 million barrels from refineries for deployment upon restart.

“Markets experiencing supply constraints and/or not serviced by other fuel delivery systems are being prioritized,” Colonial said in a statement.

The outage, which has underscored the vulnerability of vital U.S. infrastructure to cyberattacks, has already started to hurt.

In metro Atlanta, 30% of gas stations are without gasoline, tracking firm GasBuddy said. In Raleigh, North Carolina, 31% of gas stations had no fuel on Tuesday. Unleaded gas prices, meanwhile, hit an average $2.99 a gallon, its highest price since November 2014, the American Automobile Association said.

In an effort to ease the strain on consumers, Georgia suspended sales tax on gas until Saturday, and North Carolina declared an emergency. The federal government, meanwhile, has loosened rules to make it easier for suppliers to refill storage, including lifting seasonal anti-smog requirements for gasoline and allowing fuel truckers to work longer hours.

Granholm said there is not a shortage but a gasoline supply “crunch” in North Carolina, South Carolina, Tennessee, Georgia and Southern Virginia, regions that typically rely on Colonial for fuel.

Driver Caroline Richardson said she was paying 15 cents more per gallon than a week ago as she refueled at a gas station in Sumter, South Carolina. “I know some friends who decided not to go out of town this weekend to save gas,” she said.

The strike on Colonial “is potentially the most substantial and damaging attack on U.S. critical infrastructure ever,” Ohio Senator Rob Portman told a Senate hearing on cybersecurity threats on Tuesday.

The FBI has accused a shadowy criminal gang called DarkSide of the ransomware attack. DarkSide is believed to be based in Russia or Eastern Europe and avoids targeting computers that use languages from former Soviet republics, cyber experts say.

Russia’s embassy in the United States rejected speculation that Moscow was behind the attack. Biden a day earlier said there was no evidence so far that Russia was responsible.

A statement issued in DarkSide’s name on Monday said: “Our goal is to make money, and not creating problems for society.”

It is unknown how much money the hackers are seeking, and Colonial has not commented on whether it would pay.

“Cyber attacks on our nation’s infrastructure are growing more sophisticated, frequent and aggressive,” Brandon Wales, acting director of the Cybersecurity and Infrastructure Security Agency (CISA), said on Tuesday at a Senate hearing on the SolarWinds hack that hit companies and government agencies.

The Environmental Protection Agency issued a waiver on Tuesday that allows distributors to continue supplying winter fuel blends through May 18 in three Mid-Atlantic states to help ease supplies.

The U.S. has also started the work needed to enable temporary waivers of Jones Act vessels in response to the cyber attack – something that would allow foreign flagged fuel carriers to move from one U.S. port to another, the Transportation Department said.

There are growing concerns that the pipeline outage could lead to further price spikes ahead of the Memorial Day weekend at the end of this month. The weekend is the traditional start of the busy summer driving season.

Gulf Coast refiners that rely on Colonial’s pipeline to move their products have cut processing. Total SE trimmed gasoline production at its Port Arthur, Texas, refinery and Citgo Petroleum pared back at its Lake Charles, Louisiana, plant, sources told Reuters. Citgo said it is moving products from its Lake Charles refinery and is “exploring alternate supply methods into other impacted markets.”

Marathon Petroleum is “making adjustments” to its operations due to the pipeline shutdown, a spokesman said without providing details.

While the pipeline outage is having big short-term consequences in some regions, some experts believe the longer term impact will be small.

“Markets will go crazy, but two weeks later no one knows it happened,” said Chuck Watson, director of research at ENKI, which studies the economic effects of natural and other disasters.

Boeing Delays Key Test Flight To Space Due to Glitch