Cyclone Tauktae swept across the country’s western coast yesterday and made landfall on the Gujarat coast around 8.30 pm. 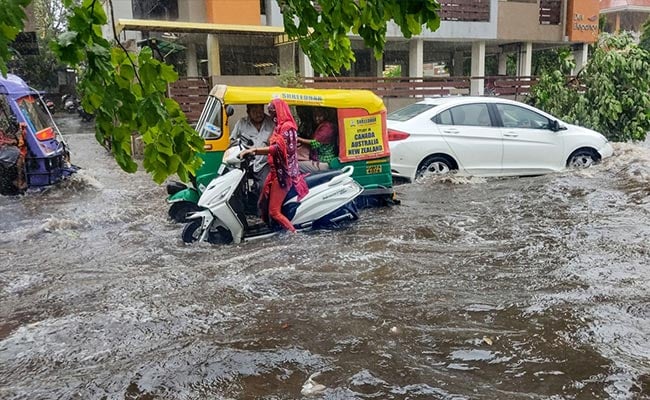 Cyclone Tauktae’s intensity was similar to the one that hit Gujarat in 1998.

Prime Minister Narendra Modi will visit Gujarat and Diu tomorrow to review the damage caused by Cyclone Tauktae that swept across the country’s western coast yesterday and made landfall on the coast of his home state late in the night.

PM Modi will leave New Delhi around 9:30 am and land at Bhavnagar, from where he will proceed for an aerial survey of Una, Diu, Jafarabad, and Mahuva. He will also hold a review meeting at Ahmedabad.

The biggest to hit the region in decades, the cyclone made landfall in Gujarat at around 8.30 pm yesterday, packing winds with speeds of 155-165 kilometres per hour, gusting to 190 km/hour.

At least seven people were killed in Gujarat as Cyclone Tauktae battered parts of the state and left behind a trail of destruction along the coast, uprooting electric poles and trees, and damaging several houses and roads, before weakening, officials said on Tuesday.

Over 16,000 houses were damaged, and more than 40,000 trees and over 1,000 poles uprooted in the storm, Gujarat Chief Minister Vijay Rupani said.

The cyclone, whose intensity is similar to the one that hit Gujarat in 1998, had weakened by today but heavy rains are likely to continue, with wind speeds reaching 125 kilometre per hour, the weather department has said.

The Indian Navy and Coast Guard have been involved in rescue operations round the clock, with over 180 people carried to safety through the day today, officials said. At least 93 of the over 500 personnel manning the oil rig and barges in the high sea off the Mumbai coast were still missing a day after Cyclone Tauktae swept past the Maharashtra coast.

The Gujarat government had shifted over a lakh people living in coastal areas to safer places after the India Meteorological Department issued warnings of tidal waves and flooding following the cyclone.

“Life Doesn’t Get Easier.” So, Anupam Kher Is Pushing His Limits...