Kamal Nath has been accused of spreading misleading information under the Disaster Management Act and disobeying a public servant’s order. 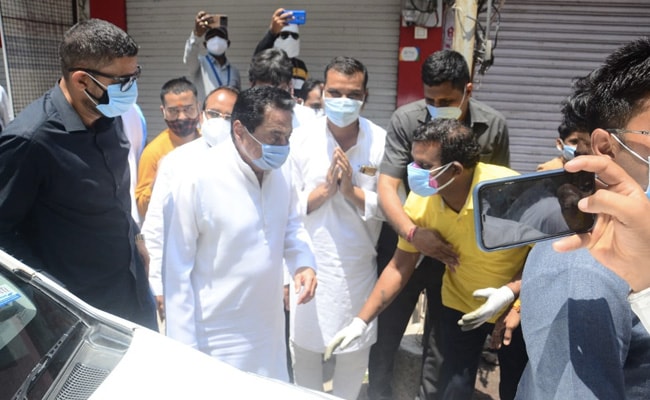 
A police case has been registered against former Madhya Pradesh chief minister and Congress chief Minister Kamal Nath for his remarks that tagged the B.1.617 Covid variant as the “Indian Variant”. He has been accused of spreading misleading information under the Disaster Management Act and section 188 (Disobedience to order duly promulgated by public servant).

The BJP, which filed the complaint, had sought that the Crime Branch of the state police register a case.

At a press conference on Friday, Kamal Nath had said the world knows the B.1.617 strain – first found in India – as the “Indian variant”.

“Indians in the world have become synonymous with corona and ‘Mera Bharat’ (Our India) has turned into Covid (epicentre),” Mr Nath was quoted as saying by news agency Press Trust of India.

Questioning what he called the number of COVID-19 fatalities “projected by India”, the former Chief Minister claimed that in reality, 1,02,002 Covid patients had died in Madhya Pradesh alone in the March-April period.

His remarks upset his successor – the BJP’s Shivraj Singh Chouhan.

In a series of tweets , Chief Minister Chouhan questioned if Mr Nath’s statement will not “hurt the country’s respect” and whether it does not “amount to sedition?”

“Does using words like, ”Mera Bharat Covid”, ”Indian Corona” suit the Congress? Won’t the morale of Indians living in other countries dip with such statements? Won’t it hurt the country’s respect? Does such a statement not amount to sedition?” he asked.

“We are working day in and day out to combat COVID -19 and I hoped that all political parties would be onboard given this national crisis. But I am deeply saddened that former MP Chief Minister Kamal Nathji was destroying the morale of the country and the state (with his remarks),” Mr Chouhan said.

Pointing out that Mr Nath used the term “Indian corona”, Union minister Prakash Javadekar had said that even the World Health Organisation has clarified that any variant is not named after any country.

“He (Mr Nath) did not stop there and said ‘hamari pahchan mera Bharat Covid’… This is an insult to India. Many Congress leaders are making such statements. Many leaders said this is an Indian variant,” Mr Javadekar said.

Earlier this month, the government objected to the labelling of the B.1.617 Covid variant as the “Indian variant”. The World Health Organisation had not used the term, the government said. The world health body also tweeted that viruses or variants should not be identified by the names of countries they were found in.

The Information Technology ministry has written to social media firms asking them to take down any content that refers to an “Indian variant” of the coronavirus, news agency Reuters has reported.