On Thursday, Vivekh had taken his first Covid vaccine shot at a public event in the presence of Tamil Nadu’s Health Secretary to promote vaccination. 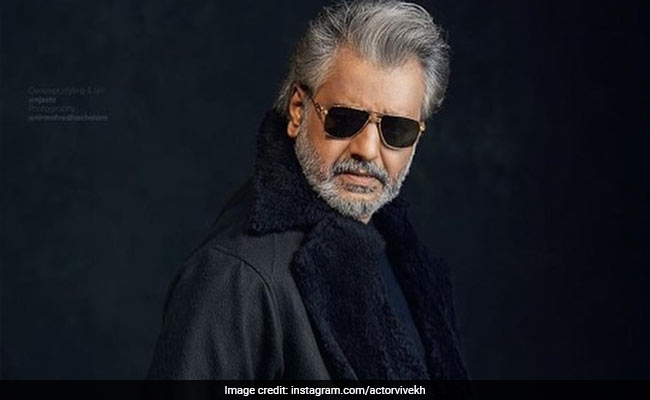 Popular Tamil actor and comedian Vivekh died this morning in the hospital hours after he was admitted after a cardiac arrest.

The 59-year-old was reportedly critical in a Chennai hospital after a cardiac arrest on Thursday morning. He was brought in unconscious at 11 am, was resuscitated, subsequently underwent coronary angiogram and then angioplasty. Medical bulletin said he was critical on ECMO support, which pumps and oxygenates blood outside the body, but died at 4:35 am today.

On Thursday, Vivekh had taken his first Covid vaccine shot at a public event in the presence of Tamil Nadu’s Health Secretary to promote vaccination.

The hospital clarified that he suffered an acute coronary syndrome with cardiogenic shock. There was 100 per cent blockage in a vessel and his cardiac arrest may not be due to the vaccination.

“Vivekh was one of those who voluntarily came forward to create awareness on public health and social issues. The cardiac arrest he suffered had no link with the Covid vaccine shot that he took,” Tamil Nadu Health Secretary Dr Radhakrishnan told NDTV.

His vaccination was at a public event with TV channels carrying photographs of him taking the shot. As the cardiac arrest happened less than 24 hours after the inoculation, there were questions raised, which have been clarified by doctors.

His sudden death has sent his fans of over two generations into mourning. Many of his colleagues tweeted their tribute to the evergreen actor.

Musician AR Rahman was among those who tweeted his condolences.

@Actor_Vivek can’t believe you’ve left us ..May you rest in peace ..you’ve entertained us for decades ..your legacy will stay with us????

OMG..cant believe I woke up to this Shocking news abt Legendary @Actor_Vivek sir??

I hav always been his diehard FAN

U wl live in our Hearts forever dear Sir???#ripvivekpic.twitter.com/4ferfSsgDm

Vivekh ventured into cinema in 1987 and was introduced by director K Balachander, who is credited with finding and grooming superstars like Rajinikanth and Kamal Haasan. Over the years, he evolved into a brilliant performer who was often portrayed as the lead actor’s friend and got a lot of screen time, very often the best lines that he delivered with perfect timing.

The actor starred with Rajinikanth in Shankar’s Sivaji and in Anniyan with actor Vikram.

The actor’s comedic performances often carried a social message and commentary. Many of his film clips went viral on social media and are very popularly used to make comments on political and social issues.

Vivekh earned respect, fame and immense love not just for his performances but his professionalism and humility. He would often quote former President APJ Abdul Kalam and actively participated in green causes like aforestation. He was a Tamil Nadu government-appointed ambassador along with actress Jyothika against the use of plastic.

In 2015, he lost his 13-year-old son Prasanna to brain fever and dengue. That only steeled his resolve to volunteer for health and social causes. He is survived by his wife and two daughters Amrithanandini and Tejaswini.

His body is being kept at his Virugambakkam residence in Chennai for those who want to pay their last respects.

Hina Khan Tests Positive For COVID-19: “Have Home Quarantined Myself”