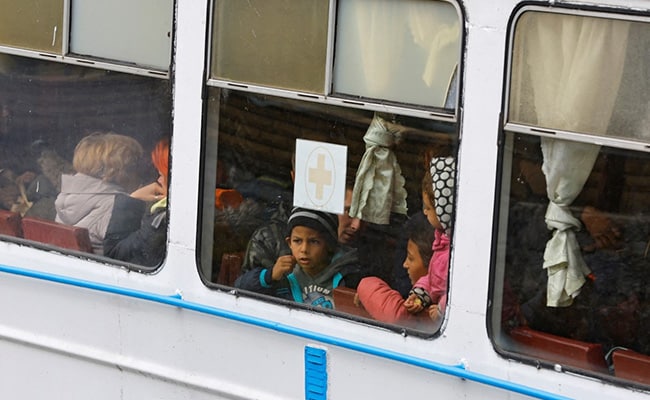 Civilians evacuated from the Russian-controlled city of Kherson arrive by ferry in the town of Oleshky.

Pro-Russian authorities in Ukraine’s southern Kherson region, which Moscow claims to have annexed, on Saturday urged residents of the region’s eponymous main city to leave “immediately” in the face of Kyiv’s advancing counter-offensive.

“Due to the tense situation on the front, the increased danger of mass shelling of the city and the threat of terrorist attacks, all civilians must immediately leave the city and cross to the left bank of the Dnieper river,” the region’s pro-Russian authorities said on social media.