Tuesday, May 17, 2022
Rajpostexam.com Single Spot For Worldwide Information And News
Home World “Professional Baby Namer” In US Paid A Bomb For Naming Newborns

Taylor A Humphrey, the “professional baby namer”, started her business in 2015. Services include speaking on phone to genealogical investigation. 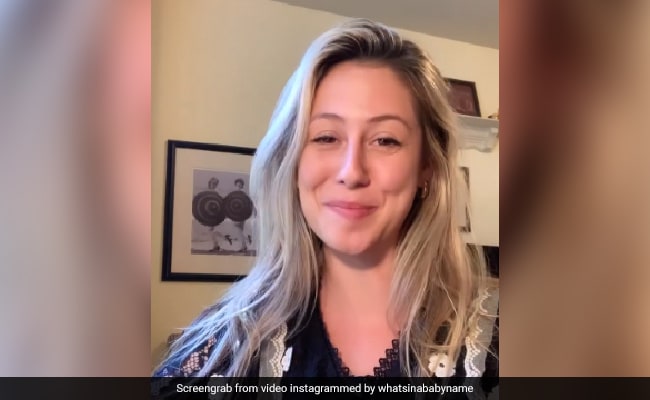 Some couples also hire Taylor Humphrey to provide guidance and support to a pregnant women.

Amid the rise of the gig economy, people all over the world have found themselves taking on unusual jobs. They work as people pusher, professional stand-in-liner and professional sleeper.

Now a businesswoman in New York is making waves by helping couples pick perfect name for their child. “professional baby namer” Taylor A Humphrey charges $1,500 from a couple for picking up a moniker for their baby.

“If you look at the most popular baby names, it’s such a telltale sign of our cultural values and our aspirations,” she told The New Yorker in an interview on Monday.

The services offered by Humphrey range from a phone call and a bespoke name list to a genealogical investigation with the aim of finding out old family names.

And then there is a $10,000 option, which involves selecting a name that’s in line with the business of the parents, according to the New Yorker.

Some couples also hire her to provide guidance and support to a pregnant women during labour.

Ms Humphrey started a business in 2015. The New York University graduate previously worked as a matchmaker, fund-raiser and event planner.

According to her LinkedIn profile, Ms Humphrey is also a Reiki practitioner and has written two feature-length screenplays.

The names suggested by Ms Humphrey

She often helps anxious others who are either trying to change the names of children, or have run out of names after having third of fourth child.

Ms Humphrey also takes into account the important events of the couple’s lives before naming their children. For example, the entrepreneur chose the baby name “Parks” for a couple who had their first kiss in a town called Parker.

A mother once approached her to find a name for a third baby, due soon, which should be in line with her two older sons, Emmet and Miller.

US Recovers Over Half Of Ransom Paid To Pipeline Hackers