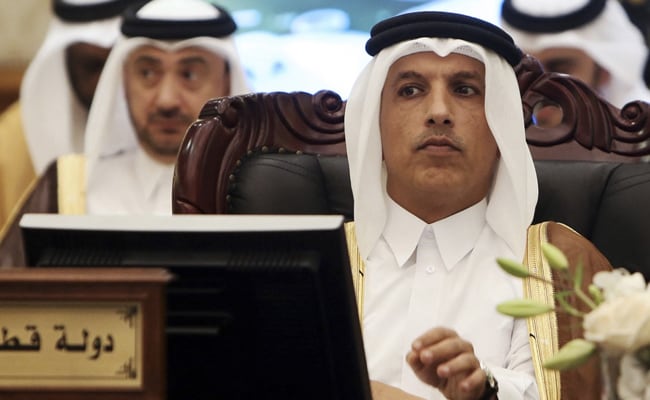 Ali Shareef al-Emadi has served as finance minister since 2013.

Sheikh Tamim also asked Trade and Industry Minister Ali bin Ahmed al-Kuwari to “carry out the duties of minister of finance”, it added on its Twitter page.

While there have been previous high-level arrests in corruption cases in Qatar, official sources said Emadi is the highest-profile figure to face such allegations under Sheikh Tamim.

“The attorney general ordered the arrest of Minister of Finance Ali Shareef al-Emadi, (to) question him on what was mentioned in reports regarding crimes related to civil service that involved damage to public money, abuse of function and abuse of power,” state media said.

The Qatar News Agency said that an investigation had been launched, but did not give any further details.

Emadi has served as finance minister since 2013. He is also the president of the executive board of the national carrier Qatar Airways and chairman of the board of Qatar National Bank, the region’s biggest lender.

He is also on the board of Qatar Investment Authority, the country’s sovereign wealth fund.

While he is not part of the royal ruling class, he comes from an affluent and influential family with large investments in the country, including trade and real estate.

Hussein Ibish, a Washington-based Gulf expert, tweeted on Thursday that it was “pretty remarkable” that Emadi was arrested “on suspicion of corruption and embezzlement”.

Qatar-based diplomats told AFP that the arrest had come as a surprise.

“This is actually great, it shows Qatar is taking corruption seriously — if that is what it is found to be — and helps build the image of the rule of law being complied with,”‘ a diplomat in Doha told AFP.

Emadi stewarded the economy through a three-year economic blockade imposed on Qatar by Saudi Arabia, the United Arab Emirates, Bahrain and Egypt over allegations it was too close to Iran and funded extremists.

Doha has always denied the accusations.

He won accolades for not allowing the currency to devalue in the face of extreme external pressure, liquidating almost a quarter of Qatar’s economic reserves to weather the storm.

Emadi also presided over massive spending for the 2022 World Cup, which Qatar is to host.

Gas-rich Qatar is one of the smallest Arab states, with a population of 2.8 million, most of whom are foreigners.

In June 1995, former emir Sheikh Khalifa bin Hamad Al-Thani was dethroned in a bloodless coup by his son, the father of the current emir, Sheikh Hamad bin Khalifa Al-Thani.

The current emir presides over an annual anti-corruption award for those who have worked to combat graft globally.

Surfer Dies After Being Bitten By Shark In Australia