The Left parties, which once called the state their bastion, and the Congress were decimated and not even a factor in the West Bengal elections. 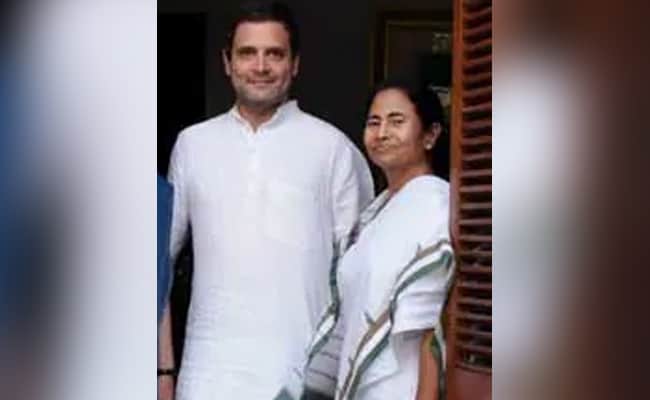 “I’m happy to congratulate Mamata ji and the people of West Bengal for soundly defeating the BJP,” he tweeted.

I’m happy to congratulate Mamata ji and the people of West Bengal for soundly defeating the BJP.

We humbly accept the people’s mandate.
Sincere gratitude to our workers & the millions of people who supported us on the ground.

We will continue to fight for our values and ideals.

Three states were set to beat anti-incumbency on Sunday with Mamata Banerjee emerging star of the day to lead her Trinamool Congress to triumph in West Bengal for a third consecutive term while the BJP was poised for return in Assam as was the LDF in Kerala, Election Commission trends indicated.

Till evening, only a handful of results had been declared for the four states and one union territory.

The focal point of the elections, held over March and April as the second wave of the COVID-19 pandemic picked up pace to finally ravage large parts of the country, was the high-stakes, acrimonious Trinamool Congress-BJP contest in West Bengal that had dominated headlines, drawing room conversations and political discourse.

In a victory that belong undoubtedly to Mamata Banerjee, the Trinamool Congress was ahead in 215 of the 292 seats, way over the victory mark of 147, leaving the BJP trailing behind with 76 seats.

It was a long way from the three seats in the last elections for the party, which fielded its top leaders, including Prime Minister Narendra Modi and Union Home Minister Amit Shah, but power was still elusive if the trends translated into results.

The Left parties, which once called the state their bastion, and the Congress were decimated and not even a factor in the eight-phase election, marked by images of Ms Banerjee in a wheelchair with a broken leg after she was injured during campaigning.

Though the Trinamool seemed to have successfully ridden the BJP challenge, it seemed to be a bittersweet moment for Ms Banerjee herself, losing her own election in Nandigram after a close contest. While some reports declared her victory, the Election Commission website showed she was trailing behind her one-time loyalist and now BJP candidate Suvendu Adhikari in Nandigram by about 8,700 votes.

In terms of vote share, the Trinamool Congress had 48.3 per cent of the votes against the BJP’s 38.7.

“The TMC won because of Mamata Banerjee. It seems people have chosen Didi. We will introspect what went wrong, whether it was organisational issues, lack of face, insider-outsider debate,” he said, adding that he was shocked to see BJP MPs Babul Supriyo and Locket Chatterjee trailing.

(With inputs from PTI)